The Zoolander Objection, Part 2 of 2 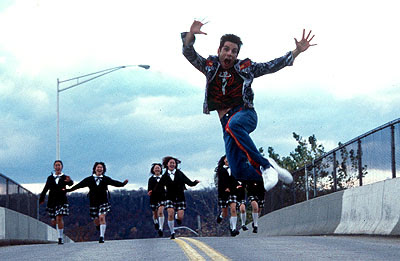 The Zoolander Objection Part 1 of 2

The interesting continuation of the cosmological argument for the existence of God moves from the establishment of an eternal first cause merely existing, to demonstrating how it must be a person, good, and extremely powerful.

We know that inanimate objects cannot voluntarily move. They have to be caused by something else to do anything at all. So the eternal first cause established by the cosmological argument cannot be an inanimate thing. The only things that are not inanimate are things with minds.

Furthermore, this holds up under either position in the free will/determinism debate. Regardless of whether or not the created things with minds that proceeded from the eternal first cause have free will or not, it itself could not have been caused or determined by something else. It is all that existed prior to what it brought into existence. So if there’s nothing to cause it to move or act, then the eternal first cause itself must exercise volition in order to act and create. It makes itself act. Exercising volition is to unaffectedly choose to create, to think, and be innovative. This is indicative of nothing other than a mind.

The world we find ourselves in, that has come from the eternal first cause, exists with such things as moral rightness and wrongness. There are disagreements on just what exactly is right or wrong on various issues, but that is not relevant here. The point is that we all recognize it is possible to deviate from what is right, whatever that may be. This is what we call doing something morally wrong. Being able to deviate from what is right indicates that there is a morally right way things should be for us to deviate from. A moral law, if you will. Because we recognize that it’s wrong to deviate, and right to not deviate, means that the moral law we deviate from is right and good.

Since this moral law is inherent in all that exists, we know that it was created by the personal eternal first cause. The moral law giver, if you will again. Now, we know that the eternal first cause chose to create what it wanted to. It chose to do this by its own reasoning, unaffected by anything else. So since the moral law is perfectly good, then the moral law giver, who voluntarily made this moral law to be inherent in all it created, has to be morally capable to do so. Therefore, it must be perfectly good itself.

Finally, this perfectly good person who is the first cause, has to have enough power to be capable of bringing into existence all that exists. This pretty much means it’s the most powerful thing imaginable.
Posted by Jake at Monday, September 14, 2009

Email ThisBlogThis!Share to TwitterShare to FacebookShare to Pinterest
Labels: Existence of God, Zoolander