Why Christians Should Value Philosophy Part 2 of 3 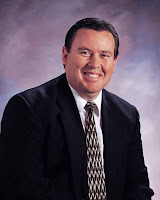 During the Middle Ages theology was hailed as the "Queen of the Sciences." Consequently, medieval Christian thinkers described philosophy as a "handmaiden" to theology.

The Importance of Philosophy for Christians


In part one of this series I presented the first reason for Christians to value philosophy. It is the best discipline for preparing a person to think critically. Logic, after all, is defined as the science of "correct thinking" and logic is one of the major branches of philosophical inquiry.


Believers should study philosophy because Christian doctrine contains many philosophical implications. For example, the doctrine of the Trinity involves one "essence" (being) but three "subsistences" (persons). Both of these critical terms (used to describe the triune nature of God) are philosophical in nature.

The same is true for the doctrine of the Incarnation (God coming in the flesh), where Jesus Christ is understood as being one "Who" (a distinct and unified person) but two "Whats" (possessing both a divine and a human "essence"). Again this essential Christian doctrine is loaded with subtle philosophical meaning and implications. Analysis of Christian theology also extends to God's being and characteristics. God's attributes–whether incommunicable (independent qualities) or communicable (shared qualities with humankind)–involve the philosophical categories of time, space, and knowledge.

In describing philosophy as the handmaiden to theology, medieval scholars asserted that philosophy (or reason overall) serves to explain and help defend the truths of historic Christianity. Reason isn't supposed to function in a magisterial way (like a magistrate judging God's revealed truth). Rather it is to fulfill a critical ministerial function (like a minister serving God's written Word) in the overall study of theology. This close connection between philosophy and theology is evidenced in a subset of the formal study of theology known as "philosophical theology."

Through the ages, Christian theology has viewed reason as God's good gift to humanity–a result of being made in the image of God (imago Dei, Genesis 1:26-27). Christian truth can never be exhaustively comprehended by finite human beings, but through the imago Dei God ensures that his creatures can trace his intelligible truths. Thus, both mystery and knowledge accompany a creature's relationship with God Almighty.

However, the consensus of theology is also that truth and revelation never damage reason itself. The minds of sinners can be negatively impacted by humanity's fallenness, but the laws of logic and the principles of argumentation remain undefiled.

In history, philosophy has (at times) been used to critique and attack the truth of Christianity. However, it is also true that believers have appealed to philosophy to explain and defend the truth of the faith.

For more about philosophy and its benefits to the Christian, see A World of Difference: Putting Christian Truth-Claims to the Worldview Test. For two excellent books on the subject of philosophical theology, see God and Reason by Ed L. Miller and Our Idea of God by Thomas V. Morris.
Posted by Aaron at Sunday, August 09, 2009