6 Facts Proving Abortion Is In The Health Care Legislation 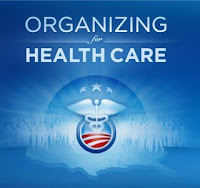 The Family Research Council is in the cross-hairs of many organizations for arguing that abortion is part of health care legislation.

This morning Speaker Pelosi said "People must be allowed to learn the facts" about health care.

3. Senate Democrats refused to ban it. Sen. Orrin Hatch (R-Utah): "Madam Chairman, would you be willing to put some language in [about] not including abortion services? Then I think you would have more support."Sen. Barbara Mikulski (D-Md.): "...No, I would not, uh, be willing to do that at this time." (July 9, Senate HELP Committee meeting)
4. The mainstream media confirms it. ("Government insurance would allow coverage for abortion," Associated Press, August 5, 2009).
5. The Obama administration includes it in its definition of reproductive health care. "Reproductive health care includes access to abortion." (Secretary of State Hillary Clinton, July 19)

6. Every amendment to exclude it from health care legislation was defeated by the liberal sponsors. The following is a list of pro-life amendments that would have prevented abortion funding or prohibited abortion mandates for covered services. (For vote tallies and details, see our complete list at www.frc.org here)