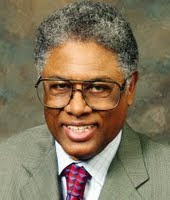 As someone who was once rushed to a hospital in the middle of the night, because of taking a medication that millions of people take every day without the slightest problem, I have a special horror of life and death medical decisions being made by bureaucrats in Washington, about patients they have never laid eyes on.

On another occasion, I was told by a doctor that I would have died if I had not gotten to him in time, after an allergic reaction to eating one of the most healthful foods around. On still another occasion, I was treated with a medication that causes many people big problems and was urged to come back to the hospital immediately if I had a really bad reaction. But I had no reaction at all, went home, felt fine and slept soundly through the night.

My point is that everybody is different. Millions of children eat peanut butter sandwiches every day but some children can die from eating peanut butter. Some vaccines and medications that save many lives can also kill some people.

Are decisions made by doctors who have treated the same patient for years to be over-ruled by bureaucrats sitting in front of computer screens in Washington, following guidelines drawn up with the idea of "bringing down the cost of medical care"?

The idea is even more absurd than the idea that you can add millions of people to a government medical care plan without increasing the costs. It is also more dangerous.

What is both dangerous and mindless is rushing a massive new medical care scheme through Congress so fast that members of Congress do not even have time to read it before voting on it. Legislation that is far less sweeping in its effects can get months of hearings before Congressional committees, followed by debates in the Senate and the House of Representatives, with all sorts of people voicing their views in the media and in letters to Congress, while ads from people on both sides of the issue appear in newspapers and on television.

If this new medical scheme is so wonderful, why can't it stand the light of day or a little time to think about it?

The obvious answer is that the administration doesn't want us to know what it is all about or else we would not go along with it. Far better to say that we can't wait, that things are just too urgent. This tactic worked with whizzing the "stimulus" package through Congress, even though the stimulus package itself has not worked.

Thirty thousand Canadians are passing up free medical care at home to go to some other country where they have to pay for it. People don't do that without a reason.

But Canadians are better off than people in some other countries with government-controlled medical care, because they have the United States right next door, in case their medical problems get too serious to rely on their own system.

But where are Americans to turn if we become like Canada? Where are we to go when we need better medical treatment than Washington bureaucrats will let us have? Mexico? The Caribbean?

Many people do not understand that it is not just a question of whether government bureaucrats will agree to pay for particular medical treatments. The same government-control mindset that decides what should and should not be paid for can also decide that the medical technology or pharmaceutical drugs that they control should not be for sale to those who are willing to pay their own money.