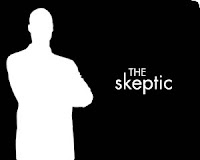 The skeptic says, “If Jesus would only show Himself to me—if God would just work one dramatic miracle—then I’d believe in Him.” This kind of person overestimates himself. Even miracles can be denied or dismissed.

During Jesus’ passion week in Jerusalem, he was called to nearby Bethany because his friend Lazarus was dying. By the time Jesus arrived, Lazarus was gone. In a dramatic scene Jesus called him forth from the tomb alive, still wrapped in burial cloths.

This was a spectacular miracle performed in public for all to see. What was the response of the Jewish leaders? They plotted Jesus’ death. "This man is performing many signs. If we let Him go on like this, all men will believe in Him, and the Romans will come and take away both our place and our nation." (John 11:47-48)

But Jesus wasn’t the only one they wanted to eliminate. They also had to get rid of another piece of evidence: "But the chief priests took council that they might put to death Lazarus also; because on account of him many of the Jews were going away, and were believing in Jesus." (John 12:10-11)

Incredible! Instead of falling to their knees in response to this obvious display of Messianic power, they conspire to kill the very man whose public resurrection was proof positive of their error.

This is unbelievable unbelief.

You think if God just did a miracle it would change your rebellious heart? Don’t count on it. Jesus said, “If they do not listen to Moses and the Prophets, neither will they be persuaded if someone rises from the dead” (Luke 16:31).

As one wag put it, a skeptic with such an experience would not seek God, he’d seek a psychiatrist.

Oh so true. The sun melts butter…but it hardens clay.
Posted by Aaron at Thursday, March 04, 2010

Well said, Greg. People think "belief" only means intellectual awareness of the reality of something but a more accurate biblical concept of belief involves awareness plus demonstrated trust. Both parts to biblical faith (knowledge and trust) are necessary. The kind of faith that leads to salvation is not mere assent to some truth. Otherwise, it would be contradictory to say "even the demons believe" (James 2).

The fallacy Greg points out, and that so many atheists make, is that knowledge necessarily leads to trust. But that seems to be demonstrably false - both in scripture (as with Judas and Pharoah) and in our world today. For instance, we may have faith that cigarettes and alcohol are harmful(it's on the label), but people still smoke and drink. Like quitting smoking, it's also difficult for many people to accept the lifesyle changes that come with spiritual rebirth. Therefore, "belief" that's never relied upon in any meaningful way, is not what the Bible means by the word.

A similar non-sequitor is made by athiests who rely on our evolutionary mental capacities to account for moral choices. But again, they assume knowledge automatically leads to trust (that some things are really good and their corrolaries really bad). Clearly, this is not the case since it's possible to know an action is wrong act inconsistantly. While humans are intellectually superior to other earthly beings, Scripture places far more emphasis on our intentionality than our mental abilities. Therefore, it's more about demonstrating trust in the knowledge than merely possessing it. Such an overdependance on knowledge in terms of our thoughts and actions is unjustified.

Short and to the point! Lovely!