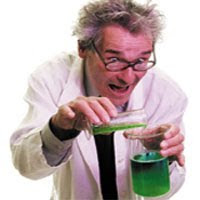 That science has already proven to help patients facing more than 100 diseases and adverse medical conditions.

The lines NIH approved are in use by researchers at Harvard University, in Cambridge, Massachusetts, and Rockefeller University in New York, according to a Bloomberg News report.

The Associated Press indicates as much as $21 million in taxpayer money could be used by the Obama administration to fund studies using these embryonic stem cell lines.

The lines were created by destroying days-old unborn children -- human embryos who were supposedly "leftover" at fertility clinics. Adoption agencies have emerged that have allowed parents to adopt these human beings and carry them to term in a pregnancy.

NIH is also reviewing hundreds of other embryonic stem cell lines for federal funding under the guidelines the agency issued to implement Obama's order. The initial round of approval includes 13 batches of embryonic stem cells and NIH said today that it has 96 more batches to review -- with perhaps hundreds of millions of dollars paying for the destructive research.

About 20 of the additional lines will be reviewed on Friday, the agency indicated.

What we are announcing today is just the beginning," NIH official Francis Collins said today.

George Daley of Children's Hospital Boston, submitted 11 of the 13 lines and the other two come from the lab of Ali Brivanlou at Rockefeller University in New York.

In comments about the funding, Daley called the human beings "low-grade" human embryos who were rejected for fertility treatments, and then donated by couples for research.

Richard Doerflinger, of the pro-life office of the U.S. Council of Catholic Bishops, told USA Today the announcement is a "political event, but the science is all moving in the other direction."

He noted how most scientists around the world are moving ahead with iPS cells, or induced pluripotent stem cells, that are adult stem cells reverted through direct reprogramming to an embryonic-like state without the destruction of human life.
Posted by Aaron at Sunday, December 06, 2009

What about the stem cells in the umbilical cord that usually just get thrown away?