If You Believe People Are Basically Good 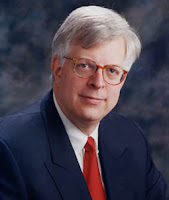 No issue has a greater influence on determining your social and political views than whether you view human nature as basically good or not. In 20 years as a radio talk show host, I have dialogued with thousands of people, of both sexes and from virtually every religious, ethnic and national background. Very early on, I realized that perhaps the major reason for political and other disagreements I had with callers was that they believed people are basically good, and I did not. I believe that we are born with tendencies toward both good and evil. Yes, babies are born innocent, but not good. Why is this issue so important?

First, if you believe people are born good, you will attribute evil to forces outside the individual. That is why, for example, our secular humanistic culture so often attributes evil to poverty. Washington Sen. Patty Murray, former President Jimmy Carter and millions of other Westerners believe that the cause of Islamic terror is poverty. They really believe that people who strap bombs to their bodies to blow up families in pizzerias in Israel, plant bombs at a nightclub in Bali, slit stewardesses' throats and ram airplanes filled with innocent Americans into office buildings do so because they lack sufficient incomes. Something in these people cannot accept the fact that many people have evil values and choose evil for reasons having nothing to do with their economic situation. The Carters and Murrays of the West -- representatives of that huge group of naive Westerners identified by the once proud title "liberal" -- do not understand that no amount of money will dissuade those who believe that God wants them to rule the world and murder all those they deem infidels.

Second, if you believe people are born good, you will not stress character development when you raise children. You will have schools teach young people how to use condoms, how to avoid first and secondhand tobacco smoke, how to recycle and how to prevent rainforests from disappearing. You will teach them how to struggle against the evils of society -- its sexism, its racism, its classism and its homophobia. But you will not teach them that the primary struggle they have to wage to make a better world is against their own nature. I attended Jewish religious schools (yeshivas) until the age of 18, and aside from being taught that moral rules come from God rather than from personal or world opinion, this was the greatest difference between my education and those who attended public and private secular schools. They learned that their greatest struggles were with society, and I learned that the greatest struggle was with me, and my natural inclinations to laziness, insatiable appetites and self-centeredness.

Third, if you believe that people are basically good, God and religion are morally unnecessary, even harmful. Why would basically good people need a God or religion to provide moral standards? Therefore, the crowd that believes in innate human goodness tends to either be secular or to reduce God and religion to social workers, providers of compassion rather than of moral standards and moral judgments.

Fourth, if you believe people are basically good, you, of course, believe that you are good -- and therefore those who disagree with you must be bad, not merely wrong. You also believe that the more power that you and those you agree with have, the better the society will be. That is why such people are so committed to powerful government and to powerful judges. On the other hand, those of us who believe that people are not basically good do not want power concentrated in any one group, and are therefore profoundly suspicious of big government, big labor, big corporations, and even big religious institutions. As Lord Acton said long ago, "Power corrupts, and absolute power corrupts absolutely." Lord Acton did not believe people are basically good. No great body of wisdom, East or West, ever posited that people were basically good. This naive and dangerous notion originated in modern secular Western thought, probably with Jean Jacques Rousseau, the Frenchman who gave us the notion of pre-modern man as a noble savage. He was half right. Savage, yes, noble, no. If the West does not soon reject Rousseau and humanism and begin to recognize evil, judge it and confront it, it will find itself incapable of fighting savages who are not noble.
Posted by Aaron at Tuesday, December 15, 2009

Good timing with this article! Another great article!!

Great post. So important to be reminded that man is not good, yet we look forward to the return of the One who is - Christ, all perfect man, all perfect God!