The Thought Police: The Conceptual Problem with Hate Crime Legislation 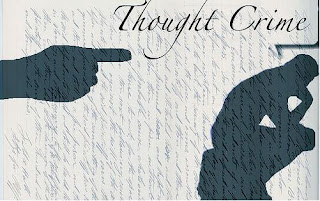 Nobody in their right mind wants to be identified with hate. And those who promote “Hate Crime” legislation, such as the current president and congress, know it. For this reason one of the worst kinds of criminal legislation has found a home in the American legal system. And this legislation is both dangerous and ineffective.

The basic problem with the concept of hate crimes is that hate crimes criminalize thought, rather than behavior. Historically, criminal law exists to punish proscribed behavior. Criminal law was never intended—and should not be enacted—to punish thought.

For the record, the essential elements of a crime include (1) a proscribed voluntary act committed with (2) the requisite intent for that particular crime. That’s it. For example, for one to be convicted of battery, a person would need to willfully and unlawfully use force or violence upon another person. Motive has nothing to do with substantive criminal law. A bad motive does not make an act a crime any more than a good motive will prevent an act from being a crime. As such, the motive of “hate” for a particular race, gender, or sexual behavior group, like homosexuals, is irrelevant to substantive criminal law.

Here is how a “hate crime” works. If one commits a “regular” battery, a specific punishment is given, but if the battery was motivated by “hate” for the person in the protected class, a sentence enhancement is added to the punishment for “regular” battery. Now if the sentence enhancement for “hate” is 5 years, the person was sentenced to 5 years in jail for thinking the wrong way. This is simply unacceptable for a number of reasons.
First, it criminalizes thought. Enough said. Second, if the motive of “hate” can be added as an element of a crime, it is certainly possible for a legislative body to separate the “hate” element of the crime into a separate offense, which would simply criminalize the motive itself. Third, it could have the effect of establishing a constitutionally suspect “status” crime, which would simply punish a person of a particular character, such as, being a “mean” or “hateful” person. Fourth, hate crime statutes are virtually useless and merely symbolic. They do not prevent crime. Thugs who commit hateful, racially motivated murders will not be dissuaded from doing so in the future because it will now be considered a “hate” crime with a sentence enhancement. Fifth, this is a law enforcement issue, not a legislative issue. If a particular group of people are being targeted as victims, law enforcement agencies are able to direct resources and create task forces to focus on these problems.
Finally, one of the worst aspects of hate crime legislation is that it arguably creates an unequal status under law for some classes of people. How so, you ask? If a criminal receives a greater penalty for victimizing one type of human being over another, the greater penalty indicates a greater harm was committed against that victim. But this is not so. All humans are made in the image of God and are innately equal in value. Hate crime legislation, however, rejects this self evident truth that all men are created equal and endowed by their Creator with certain unalienable rights. The punishment for crimes should be the same for all human beings. All are equally precious.
Violent crime is always wrong against any person and should be vigorously prosecuted and punished. But this latest federal enactment of a hate crime statute is simply another step toward tyranny and it, along with all hate crime legislation, should be repealed.
Written by Kevin Lewis, Professor of Theology and Law, Biola University. Kevin Lewis, J.D., is also the founder and director of the Evangelical Law Institute (http://www.lawandjustice.org/), and he regularly teaches church-state classes, systematic theology, and Christian apologetics at Biola University.
----------------------
Click here to listen to a 16-minute talk on this issue by William Lane Craig
Posted by Dan at Saturday, November 07, 2009