How Can Yahweh Be Perfectly Good and Just and Yet Command Extermination? 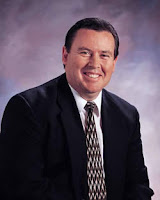 Richard Dawkins, the world’s most famous atheist, asserts that the God of the Old Testament is “a vindictive, bloodthirsty ethnic cleanser.”1

Yahweh, the Hebrew name of the personal God of Israel in the Judeo-Christian Scriptures, reveals himself to be the Creator of heaven and earth. As the one true Lord, he is an infinite, eternal, and morally perfect personal deity. Historic Christianity identifies Yahweh as none other than the Triune God who is more specifically unveiled in the New Testament as Father, Son, and Holy Spirit.

Tension arises when examining the Scriptures. The Bible reveals God to be perfectly good (Psalm 145:8-9) and perfectly just (Deuteronomy 32:4) in the very nature of his being. However, the Old Testament states that God personally commanded the army of the Hebrews to destroy the Canaanite nations.

During the conquest of Canaan, God commanded the following to the Hebrews:

“When the LORD [Yahweh] your God has delivered them over to you and you have defeated them, then you must destroy them totally. Make no treaty with them, and show them no mercy” (Deuteronomy 7:2).

“However, in the cities of the nations the LORD your God is giving you as an inheritance, do not leave alive anything that breathes” (Deuteronomy 20:16).

In response to this frightening divine command, the Hebrew army carried out the following:

“They devoted the city to the LORD and destroyed with the sword every living thing in it—men and women, young and old, cattle, sheep and donkeys” (Joshua 6:21).

How can this seemingly brutal genocidal command be reconciled with God’s perfect goodness and justice?

The following seven points help provide the moral context and justification for Yahweh’s command to destroy the Canaanites:

1. While God doesn’t always reveal all the details concerning his sovereign decisions, Scripture indicates that God’s moral will flows from his perfectly good and just nature. Therefore God has morally sufficient grounds for his commands even if those reasons are not fully revealed to humankind. However, in this specific case some of those reasons are evident.

2. God’s command to destroy the Canaanites was motivated by his intention to preserve Israel from the deep moral corruption that would have inevitably resulted through cultural assimilation with the pagan nations. God’s wrathful justice upon the Canaanites resulted in an act of mercy (protection) upon the Israelites. Therefore God’s command to destroy an entire people group nevertheless constituted a moral good.

3. The Canaanites were a morally decadent and reprobate people. Archaeological discoveries have revealed that they practiced such moral abominations as temple prostitution, child sacrifice, and bestiality.2 And for hundreds of years they consistently ignored God’s call to repent of their wicked ways (Genesis 15:16). In God’s eyes they were beyond moral rehabilitation.

4. Life in the ancient Near-Eastern world was extremely brutal. And the Canaanite nations viewed the Israelites as their enemies. In this context of warfare among nations God’s command to destroy the pagan peoples was a necessary act of war.

5. God, as the sovereign creator and sustainer of life, has the prerogative to take life at his just discretion (Deuteronomy 32:39; Job 1:21). Because the cosmos belongs to the Lord, he has the ontological right to do as he wishes with his creatures. His only constraint is his moral nature. God is therefore in a different moral category of being than his creatures. He is the ultimate judge of all things. As Christian philosopher Paul Copan notes: “Like Narnia’s Aslan, Yahweh, though gracious and compassionate … is not to be trifled with.”3

6. God’s order to exterminate the Canaanites was not a command to murder (to take human life without just cause). Rather, it constituted a command of capital punishment on a grand scale and therefore reflected a retributive form of justice (the punishment matched the crime).

7. The divine command for the Hebrew army to destroy the Canaanites took place in a unique historical and biblical context. This was not a common or normative event in the life of God’s people. Yahweh is compassionate and patient and remains, in spite of this act, a God of mercy (Exodus 34:6).

Why Such Utter Devastation?

Yet while God had just cause to destroy the Canaanites for their wicked ways, was it necessary to kill all life? Couldn’t the innocent children have been preserved?

Unfortunately, the abominable evil of the Canaanite society had polluted the children as well.4

God, who knows the thoughts and intentions of people (Hebrews 4:12), knew that if these children had been allowed to live they would have inevitably infected God’s people with terrible iniquity. The Hebrews had to be “preserved” because they were the very people from which the Messiah would emerge. Additionally, it may be that God took mercy upon these children and granted them divine acceptance in the next life. God’s compassion is deep and wide even in the midst of temporal judgment.

Please Note: If you have the chance, I highly recommend reading Clay Jones' article, also on this topic, entitled "We Don't Hate Sin So We Don't Understand What Happened To The Canaanites" (Philosophia Christi 11, no. 1).
Posted by Aaron at Sunday, November 08, 2009