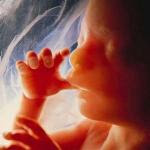 Personhood USA has celebrated its first year of operation nationwide.


The organization was set up to push for constitutional amendments declaring that a person is a human at the point of his or her biological origin. Spokesman Keith Mason brings us up to date.

"Now, a year later after we launched, 32 states have...picked up the mantle and are working to affirm personhood rights for preborn children in their communities and in their states," says Mason. "It's continuing to grow, and I have a stack of phone calls to get today with four or five more states that want to get started."

The goal for 2010 is to have campaigns working in all 50 states, says Mason.

"The goal is to really end the dehumanization of little preborn babies in our country, and we do that by saying that all humans are people," he explains. "We shouldn't say that some humans have rights and some don't. Currently we view the preborn child as property in this nation -- and we say that they should be viewed as persons."

Signatures are being gathered in nine states so far to either take the issue to the voters or put personhood laws before legislatures.