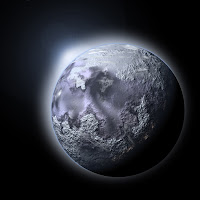 When I was a kid, I used to root for people to pick the next year as the date of Christ’s return. Since I really wanted to get married, I did not want the Day of Doom to come too soon. Using my childish reasoning, I figured that since the Savior had said no man knew the day or hour of His coming this meant that any date picked must surely be wrong. If you picked it, He would not come.

That makes as much sense as basing a belief in the end of the world on a misreading of the Mayan calendar and much more sense than the movie 2012.

As a result jillions of us rushed to the theater to watch a long movie full of sound and noise signifying destruction. Evidently all the hope and change of the last election have some people hoping that God or nature will hit the reset button and allow them to start again.

Of course, the fact that most of us will be dead does not deter anyone since the characters that survive in this movie are so brain-dead that any of us can reason we can do as well. Religion, of course especially the Christian religion, is useless at the end of the world . . . at least in this kind of film, but since reason, republican values, and storytelling are also useless my faith was in good company.

Perhaps President Obama will nationalize Hollywood soon and fix the creativity gulf that threatens to swallow California. If I were to make a disaster movie for this new government agency, I would promise to include the ten essential elements for any disaster movie.

First, a misunderstood husband with skills useless in our present world, but valuable for a doomed planet.

Second, an ex-wife or girlfriend with a boyfriend or new husband totally cool in this age, but doomed in the age to come.

Third, a cute kid who is plucky and full of quips will be saved by his dad who will have no effective way to shave. There will be a second cute teen daughter in the movie who says little but will find water in which to fall.

Fourth, shots of the end of monuments including some in New York, Rome, and Washington.

Fifth, an African-American or other “minority” president since in the weird racism of Hollywood only a minority President can preside over the end of the nation.

Sixth, if it is a Christian movie a swing will blow back and forth in the wind following the disappearance of a child. If it is not a Christian movie, some person will die while praying ineffectively. Bonus for a rosary in the shot.

Seventh, waves will crash over some city proving Plato still controls our icons. Some stupid media types will die trying to get the shot to audience cheers.

Eighth, some scene of doom will be shown to us on a television screen, usually in a store window.

Ninth, the government and all qualified people will have no clue, but loners will know exactly what to do.

Tenth, the movie will end with some “subtle” sign of hope such as a flower blooming or a shot of a pregnant woman.

I am ready for my disaster movie stimulus check.