The Pelagian Captivity of the Church 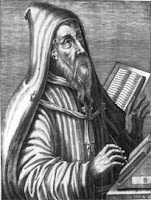 Shortly after the Reformation began, in the first few years after Martin Luther posted the Ninety-Five Theses on the church door at Wittenberg, he issued some short booklets on a variety of subjects. One of the most provocative was titled The Babylonian Captivity of the Church. In this book Luther was looking back to that period of Old Testament history when Jerusalem was destroyed by the invading armies of Babylon and the elite of the people were carried off into captivity. Luther in the sixteenth century took the image of the historic Babylonian captivity and reapplied it to his era and talked about the new Babylonian captivity of the Church. He was speaking of Rome as the modern Babylon that held the Gospel hostage with its rejection of the biblical understanding of justification. You can understand how fierce the controversy was, how polemical this title would be in that period by saying that the Church had not simply erred or strayed, but had fallen-that it's actually now Babylonian; it is now in pagan captivity.

I've often wondered if Luther were alive today and came to our culture and looked, not at the liberal church community, but at evangelical churches, what would he have to say? Of course I can't answer that question with any kind of definitive authority, but my guess is this: If Martin Luther lived today and picked up his pen to write, the book he would write in our time would be entitled The Pelagian Captivity of the Evangelical Church.

In the Fleming Revell edition of The Bondage of the Will, the translators, J. I. Packer and O. R. Johnston, included a somewhat provocative historical and theological introduction to the book itself. This is from the end of that introduction:

These things need to be pondered by Protestants today. With what right may we call ourselves children of the Reformation? Much modern Protestantism would be neither owned nor even recognised by the pioneer Reformers. The Bondage of the Will fairly sets before us what they believed about the salvation of lost mankind. In the light of it, we are forced to ask whether Protestant Christendom has not tragically sold its birthright between Luther's day and our own. Has not Protestantism today become more Erasmian than Lutheran? Do we not too often try to minimise and gloss over doctrinal differences for the sake of inter-party peace? Are we innocent of the doctrinal indifferentism with which Luther charged Erasmus? Do we still believe that doctrine matters? (1)

Historically, it's a simple matter of fact that Luther, Calvin, Zwingli, and all the leading Protestant theologians of the first epoch of the Reformation stood on precisely the same ground here. On other points they had their differences. In asserting the helplessness of man in sin and the sovereignty of God in grace, they were entirely at one. To all of them these doctrines were the very lifeblood of the Christian faith. A modern editor of Luther's works says this:

Whoever puts this book down without having realized that Evangelical theology stands or falls with the doctrine of the bondage of the will has read it in vain. The doctrine of free justification by faith alone, which became the storm center of so much controversy during the Reformation period, is often regarded as the heart of the Reformers' theology but this is not accurate. The truth is that their thinking was really centered upon the contention of Paul, echoed by Augustine and others, that the sinner's entire salvation is by free and sovereign grace only, and that the doctrine of justification by faith was important to them because it safeguarded the principle of sovereign grace. The sovereignty of grace found expression in their thinking at a more profound level still in the doctrine of monergistic regeneration. (2)

That is to say, that the faith that receives Christ for justification is itself the free gift of a sovereign God. The principle of sola fide is not rightly understood until it is seen as anchored in the broader principle of sola gratia. What is the source of faith? Is it the God-given means whereby the God-given justification is received, or is it a condition of justification which is left to man to fulfill? Do you hear the difference? Let me put it in simple terms. I heard an evangelist recently say, "If God takes a thousand steps to reach out to you for your redemption, still in the final analysis, you must take the decisive step to be saved." Consider the statement that has been made by America's most beloved and leading evangelical of the twentieth century, Billy Graham, who says with great passion, "God does ninety-nine percent of it but you still must do that last one percent."

...click here to finish reading this article...
Posted by Aaron at Saturday, November 14, 2009