The Necessity of the Atonement 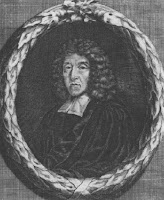 Warning: This article is not for the theologically faint of heart

The Priesthood of Christ, according to the Apostle Paul and the types of the Jewish ritual, is divided into two parts: the atonement which he made to divine justice, and his intercession in heaven, (1 John 2: 2. Heb. 9: 12). The necessity of such an atonement, which is the foundation of all practical piety and all Christian hopes, must therefore be firmly established, and defended against the fiery darts of Satan, with which it is attacked by innumerable adversaries.

Upon this subject, the opinions of divines may be classed under three heads: 1. That of the Socinians, who I not only deny that an atonement was made, but affirm that it was not at all necessary, since God both could and would pardon sin, without any satisfaction made to his justice. 2. That of those who distinguish between an absolute and a hypothetical necessity; and in opposition to the Socinians maintain the latter, while they deny the former. By a hypothetical necessity they mean that which flows from the divine decree, God has decreed that an atonement is to be made, therefore it is necessary. To this they also add a necessity of fitness; as the commands-of God have 1 been transgressed, it is fit that satisfaction should be made, that the transgressor may not pass with impunity. Yet they deny that it was absolutely necessary, as God, they say, might have devised some other way of pardon than through the medium of an atonement. This is the ground taken by Augustine in his book on the Trinity. Some of the reformers who wrote before the time of Socinus, adopt the opinions of that father. 3. That of those who maintain its absolute necessity; affirming that God neither has willed, nor could have willed to forgive sins, without a satisfaction made to his justice. This, the common opinion of the orthodox, is our opinion.

Various errors are maintained on this point, by our opponents. The removal of the grounds upon which they rest will throw light upon the whole subject. They err in their views of the nature of sin, for which a satisfaction is required; of the satisfaction itself; of the character of God to whom it is to be rendered; and of Christ by whom it is rendered.

Aaron, Every time I read one of your articles, I spend half my time in the dictionary. Remember, some of us graduated from a State college. Love, Dad