Why Christians Should Value Philosophy Part 3 of 3 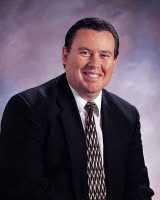 What is the number one reason that people give for not believing in God?

All of the sources that I have ever read over the last thirty years indicate that the answer is "the problem of evil, pain, and suffering."

In parts one and two of this series I presented two reasons why Christians should value philosophy. First, philosophy is the best discipline in terms of preparing a person to think critically. Second, many of Christianity's most important doctrines clearly have philosophical implications. In this final article, I offer one more reason.

The Importance of Philosophy for Christians


If Christians hope to engage in evangelism and apologetics, then they will inevitably encounter people's objections to the faith. Many, if not most, of those objections involve direct philosophical connotations.

When it comes to philosophy of religion, questions about God's existence, his attributes, and the relationship between faith and reason immediately come to the fore. This area of study also focuses upon the issue of theodicy (the justification of God's goodness in light of evil in the world). Some of the very best Christian responses to the challenge that evil poses to the truth of the faith have come from philosophers (see the writings of such contemporary Christian thinkers as Richard Swinburne and Alvin Plantinga listed below).

The philosophy of science is another area where Christians can benefit from possessing an understanding of philosophy. When my scientific colleagues Hugh Ross and Fuz Rana present RTB's creation model to secular scientists on college campuses they often receive an interesting response. According to Hugh, most of the objections are not scientific–but philosophical! For example, skeptics assert that religion and science are two separate spheres of inquiry that cannot be integrated. Or they claim that science by definition can only entertain purely naturalistic causes and explanations. Both of these issues are discussed specifically through the philosophy of science.

As the great medieval Christian philosophers recognized, good philosophy seeks to critically analyze life's most important questions. It can also serve as a useful handmaid to the study of theology and in the apologetics enterprise as well.

Philosophy and its benefits to the Christian: A World of Difference: Putting Christian Truth-Claims to the Worldview Test.

God and the problem of evil: God, Freedom, and Evil by Alvin Plantinga and Is There A God? by Richard Swinburne.

Philosophy of religion: God and Reason by Ed L. Miller.

Philosophy of science: Science & Its Limits by Del Ratzsch.
Posted by Aaron at Wednesday, September 16, 2009

Quote from the article: “When it comes to philosophy of religion, questions about God's existence, his attributes, and the relationship between faith and reason immediately come to the fore.”

I think it would be of great benefit of a lot of people got presented the arguments found here reg. the existence of an Intelligent Creator: bloganders.blogspot.com (left menu)

More than this it would be of great benefit if the world would read the scientifical arguments about the Creator’s purpose of life (at the following website); and to the benefit of a lot of Christians if they read the research about Ribi Yehoshua –the Messiah – found here: www.netzarim.co.il

Have a very nice weekend!