Why Evolution is True 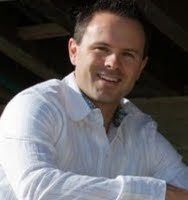 One reader left a comment on the blog recommending the book Why Evolution is True by Jerry Coyne in order to help non-scientists "understand the thousands of pieces of evidence for evolution." As it turns out, Sean had already reviewed this book as well. My thanks to him for allowing us to re-post it here.


These quotes all come from Professor Jerry Coyne’s recent defense of Darwinian evolution entitled Why Evolution is True (Viking Publishing, 2009). Like most books that defend Darwinian evolution (if not all), the author acts as if the evidence for evolution is simply overwhelming and conclusive. From his perspective, it’s only scientific novices or cranks that believe in creationism or intelligent design (ID). And the future of science itself rests upon defending Darwinian evolution against its critics.

Whenever I picked up a book of this sort I used to wonder, “What new evidence has been found? What does the author know that I don’t?” In the back of my mind I used to wonder if the author had discovered some evidence that would genuinely support Darwin’s theory. Now, since I have been doing this for some time, my fears have abated. I have read enough books of this sort to realize that most of the arguments are simply recycled from previous works.

The evidence Coyne offers for evolution includes vestigial organs, embryological similarities, the fossil record, imperfect design, and the geographical distribution of species. With the exception of the last point, William Dembski and I respond to ALL of these points in our book Understanding Intelligent Design (Harvest House, 2009).

Let’s consider one example from Why Evolution is True. Coyne says, “It is a remarkable fact that while there are many living species, all of us—you, me, the elephant, and the potted cactus—share some fundamental traits. Among these are the biochemical pathways that we use to produce energy, our standard four-letter DNA code, and how that code is read and translated into proteins. This tells us that every species goes back to a single common ancestor, an ancestor who had these common traits and passed them on to it descendants.” There are two problems with this “evidence” that Professor Coyne conveniently ignores.

First, evidence for common descent is decidedly not evidence for Darwinian evolution. There are many proponents of ID who believe in common descent, but they doubt that Darwin’s mechanism (natural selection acting on random mutation) is a sufficient causal explanation for all the diversity and complexity within the biological world. Coyne needs to show that a blind material process can generate all the biological information that pervades the natural world. The only evidence he offers is finch-beak variation and bacterial resistance, which demonstrate minor genetic shuffling rather than the generation of novel information and structures.

I am amazed at how frequently Darwinists admit that there is debate about HOW life evolved but not THAT life evolved. Coyne puts it this way: “These mysteries about how we evolved should not distract us from the indisputable fact that we did evolve” (209). Once again, this raises a troubling question: If there is debate about the how of evolution, then what right do Darwinists have to claim that we evolved with such confidence (as we saw above)? Evolution is a theory specifically about how life developed. The significant debate (and lack of evidence) for the mechanism of evolution undermines the theory itself.

I’m tempted to close this article by claiming that the evidence for evolution is underwhelming, weak, disputable, and unconvincing. But that would be to use the very tactics I criticize in Coyne. So here’s my question: Why can’t we have a balanced, thoughtful, non fear-mongering discussion about the question of our origins? What are (many) Darwinists afraid of?

If you are looking for a recent book that encapsulates the case for Darwinian evolution, then Why Evolution is True is probably a good place to start. Just make sure you balance it out with a book such as Understanding Intelligent Design, or The Design of Life (by William Dembski and Jonathan Wells). Don’t let the confident statement above fool you—the case for Darwinian evolution is not closed.

Richard Dawkins is releasing a book soon in defense of evolution called, “The Greatest Show on Earth: The Evidence for Evolution.” Maybe this will finally be the conclusive evidence in favor of Darwin’s theory. I’m not holding my breath.
Posted by Aaron at Tuesday, August 25, 2009