Islam: Religion of Peace? Part 5 of 7 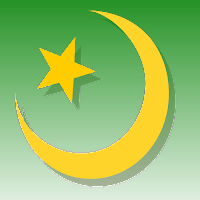 Muhammad not only participated in raiding campaigns but ordered a number of assassinations as well. The first in a series was the murder of an old Jewish man named Ibnu’l-Ashraf who had composed insulting poetry about Muslim women. Muhammad said, “Who will rid me of Ibnu’l-Ashraf?” One of his followers answered, “I will deal with him for you, O apostle of god, I will kill him.” Muhammad responded by saying, “Do so if you can.”(1) Muhammad then gave his followers permission to lie and use trickery if need be to get the job done. His followers venture to the house of Ibnu’l-Ashraf in the middle of the night and deceive him in order to coax him out of his house. Ibn Ishaq tells us they cried, “Smite the enemy of God!” and Muhammad’s follower recounts, “I remembered my dagger when I saw that our swords were useless, and I seized it. Meanwhile the enemy of God had made such a noise that every fort around us was showing a light. I thrust it into the lower part of his body, then I bore down upon it until I reached his genitals, and the enemy of God fell to the ground.” He concludes by saying, “Our attack upon God’s enemy cast terror among the Jews, and there was no Jew in Medina who did not fear for his life."(2) Immediately after this Muhammad states, “Kill any Jew that falls into your power.” Upon hearing this, a follower of Muhammad named Muhayyisa b. Mas’ūd killed a Jewish merchant. Muhayyisa’s older brother Huwayyisa objected to the killing at which point Muhayyisa says, “Had the one who ordered me to kill him ordered me to kill you I would have cut your head off.” Huwayyisa was astonished. We are told, “He exclaimed, ‘By God, a religion which can bring you to this is marvelous!’ and he became a Muslim.”(3) Not only does the Prophet of Islam command Jews to be killed but apparently this was seen as evidence of a grand religion.

One of the most horrific and violent acts in the life of Muhammad was performed after the battle of the ditch.(4) According to this account, the Meccans sought to crush Muhammad once and for all by advancing against Medina with an army of 10,000 led by Muhammad’s uncle, Abu Sufyan. Muhammad and his followers were able to withstand a two-week siege through various tactics including digging a trench around the city of Medina, after which the Meccans gave up and withdrew. Proclaiming victory, Muhammad proceeded to attack the last Jewish tribe in Medina, Banu Qurayzah. Ibn Ishaq tells us that after the tribe surrendered, Muhammad confined them in Medina and “went out to the market of Medina…and dug trenches in it. Then he sent for them and struck off their heads in those trenches as they were brought out to him in batches…This went on until the apostle made an end of them."(5) Ibn Ishaq tells us the number of men killed that day by Muhammad was between six hundred and nine hundred. The biography goes on to say that Muhammad “divided the property, wives, and children of B. Qurayza among the Muslims, and he made known on that day the shares of horse and men, and took out the fifth."(6) Muhammad even chose one of the captured women for himself. At this time Allah sent down a revelation to Muhammad found in the Qur’an: Sura 33. Sura 33:26 reads, “And those of the people of the Book who aided them—Allah did take them down from their strongholds and cast terror into their hearts, (so that) some ye slew, and some ye made prisoners.” The fact that Ibn Ishaq makes known that Sura 33 is revealed at this time is very significant because it allows the context of the sura to be established. Here in the holy book of Islam and the biography of Muhammad we have reference to the assassination of hundreds of men by the Prophet along with the explicit approval of Allah. It goes on to say that Allah showed great pleasure toward Muhammad for this and addressed the believers saying, “In God’s apostle you have a fine example for one who hopes for Allah and the last day.”(7)