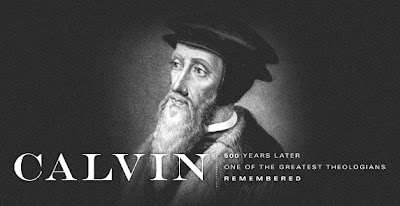 July 10, 2009 is the 500th anniversary of the birth of John Calvin. Celebrations and commemorative publications abound to mark this milestone, from a huge conference in Geneva to new biographies and new editions of some of his writings.

John Calvin occupies a place of honor among theologians, as one of the greatest teachers in the history of the Christian church. His legacy is well worth celebrating.

Yet “Calvinism” has become a curse word in the vocabulary of many people, and the name of John Calvin carries unpleasant baggage. Far from being inclined to celebrate his quincentennial, people are inclined to hate John Calvin without ever having read his books or learned anything about him. Marilynne Robinson, author of the Pulitzer-winning novel Gilead, lamented this rough treatment of Calvin in an essay she published in her 1998 bookThe Death of Adam. In her essay, Robinson referred to the reformer by his French name, “Jean Cauvin,” just to “free the discussion of the almost comically negative associations of ‘John Calvin,’ which anglicizes the Latin name under which he wrote, Ioannes Calvinus.” She calls him Cauvin because “the name Calvin …is so burdened that I choose to depart from custom.”

“People know to disapprove of him,” Robinson laments, “though not precisely why they should, and they know he afflicted us with certain traits the world might well wish we were in fact afflicted with, like asceticism and an excess of ethical rigor.” In her final bid to rehabilitate his reputation and win a fair hearing for him, Robinson mocks the popular misunderstanding of Calvin:

Many of us know that Calvinism was a very important tradition among us. Yet all we know about John Calvin was that he was an eighteenth-century Scotsman, a prude and obscurantist with a buckle on his hat, possibly a burner of witches, certainly the very spirit of capitalism. Our ignorant parody of history affirms our ignorant parody of religious or “traditional” values. This matters, because history is precedent and permission, and in this important instance, as in many others, we have lost plain accuracy, not to speak of complexity, substance, and human inflection. We want to return to the past, and we have made our past a demonology and not a human narrative.

These are words worth hearing from one of our greatest living novelists. Marilynne Robinson is an artist whose imagination has been honed and polished by her Reformed theology. But Calvin does not belong only to the Calvinists; his contribution to all thoughtful Christians is too great to belong only to those who confess themselves to be Reformed. Speaking for myself, I am a Wesleyan theologian, and I dissent from the theology of Calvin at three or four (or maybe five) crucial points. But I have learned more from John Calvin than from any other theologian, especially about the great, central doctrines of the Christian faith.

Calvin's greatest contributions to the whole Christian world are: (1.) His Institutes of the Christian Religion, a classic, comprehensive text of Christian theology, (2.) His massive commentaries, a 22-volume exploration of the Bible, and (3.) His theology itself, centered on the glory of God.

Calvin’s coat of arms had the image of two hands hold up a burning heart, with the motto Cor meum tibi offero, Domine, prompte et sincere. “My heart I offer to you, O Lord, promptly and sincerely.” That is the legacy of John Calvin, and the reason he continues to be a teacher of the entire church, 500 years after his birth.

Read more on Calvin and his contributions to the Christian world.Written by Fred Sanders, Associate Professor of Theology, Torrey Honors Institute at Biola University.

The opinion and viewpoint expressed in this article is that of the author. As a diverse community and within the context of our own theological convictions and community standards, Biola University encourages freedom of thought and expression by its faculty as first responders to relevant news and events.
Posted by Aaron at Friday, July 10, 2009