Hope and Change: Yes We Can!

From a Stand to Reason blog posting by Alan Shlemon titled "Psychiatry Textbook Acknowledges that Homosexuals Can Change:" 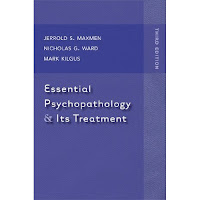 Essential Psychopathology and Its Treatment is a textbook used at medical schools and psychiatry departments. The newest edition cites evidence that homosexual orientation can be changed and therapies that help people change are not necessarily harmful. The relevant text is on page 488:

While many mental health care providers and professional associations have
expressed considerable skepticism that sexual orientation could be changed with
psychotherapy and also assumed that therapeutic attempts at reorientation would
produce harm, recent empirical evidence demonstrates that homosexual orientation
can indeed be therapeutically changed in
motivated clients, and that
reorientation therapies do not produce emotional harm when attempted (e.g., Byrd
& Nicolosi, 2002; Byrd et al., 2008; Shaeffer et al., 1999; Spitzer, 2003).

Interestingly, one of the researchers they cite to back up their claim is Dr. Robert Spitzer. He was once considered a champion of gay activism because of his instrumental role in removing homosexuality from the American Psychiatric Association’s manual of mental disorders in 1973. Thirty years later, however, he published his new findings that some homosexuals were able to change their "orientation."
Posted by Dan at Tuesday, June 23, 2009