How Every Objection Fits into Five Questions (Part 1: Introduction to CHIPS) 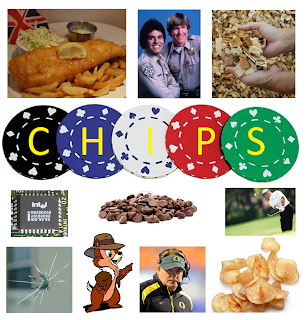 Of the countless challenges to biblical Christianity, all of them fit into one of five categories. While offered with a variety of different word combinations, every meaningful question essentially asks the same five things: Is the Bible sufficiently…

2)      Historical?
“Is it an accurate reflection of historical events?”

3)      Interpreted?
“Is it a proper interpretation of what the author meant to say?”

4)      Preserved?
“Is it an adequate preservation of the original composition?”

Fortunately there are good answers to these questions. A majority consensus of scholars - even skeptical ones – speak favorably of Christianity regarding all five areas.[1]

Comprehension:  Apparent contradictions of Christian doctrine have been refuted.[2]

Interpretation:  Theologians contest interpretation in only a small percentage of the text.[4]

Preservation:  Surviving biblical texts are more numerous, and widespread, and earlier than any other text, and textual variants affect no central Christian doctrine.[5]

Significance:  The content of the New Testament has tremendous significance for those who come to accept it.[6]

It may help to memorize these five facts and try to list a few supporting thoughts under each one. I hope to provide more detail in this regard in future writings. The scope of this paper is limited to introducing you to a new way of preparing your defense.

To appreciate the importance of employing all five categories, we’ll first examine each one separately to see how they do in isolation. Together they build a strong cumulative case. As we progress through the five categories the reasonableness of Christianity increases as each one holds true. But even if true, when each category is considered individually we’re left with unanswered questions.[7] To identify the relevant area to address those lose ends, a letter will follow in parentheses denoting the applicable category:  C – comprehension, H – historicity, I – interpretation, P – preservation, and S – significance. For readers willing to study these referenced areas will build their own supporting reasons under each category.

Importance:     For the Bible to be reliable, it must be logical, internally consistent, compatible with established facts, and understandable to the average person.

Objections:      Even if Christianity makes sense…

…the events recorded are non-historical (H).

…we’re missing the point of the message if we interpret it incorrectly (I).

…the text has been so corrupted that even asking if I comprehend it is misguided. Any real historical events that corresponded to a non-extant original text would be virtually unknowable. In other words, we don’t know what events were alleged to have occurred in the first place (P).

Importance:     For the Bible to be reliable, the text must correspond to real events that occurred in objective reality.

…we’re missing the point of the message if we interpret it incorrectly (I).

Importance:     For the Bible to be reliable, we must have the ability to recognize and understand the objective meaning of the text as intended by the authors.

Claim:             We can know the Bible’s objective meaning the authors intended to communicate.

Objections:      Even if proper interpretation were possible…

Importance:     For the Bible to be reliable, our current copies must have been adequately transmitted through copying and translation since originally composed by the authors.

Objections:      Even if the text has been accurately preserved…

…the text wasn’t originally intended to be interpreted as you claim (I).

…the text as I understand it doesn’t impact me (S).

Importance:     For the Bible to be reliable, its message must be relevant to my personal life.[8]

Claim:             There’s nothing that impacts us more than what results from how we respond to the claims made in the Bible.

Objections:      Even if the claims made in the Bible are important…

…your interpretation is incorrect (I).

…lacking a preserved text, we can’t know what the important claims were (P).

Consider for a moment what this tells us. Even after granting the central Christian claims in each category, multiple objections still remain. This means that each field of study can’t sufficiently stand on its own as a complete defense of Christianity. However, each objection can be answered by cross-referencing the relevant field where the objection lies (C, H, I, P, or S). By satisfying the remaining objections, the case is complete.

You may have noticed that some objections seem to overlap into multiple categories at the same time. As tidy as we’d like things to be, skepticism rarely exists in a vacuum. Even if we try to keep the discussion on topic, other issues inevitably intrude. Someone may earnestly hold doubts pertaining to more than one category, even all five. Other times, a single question may require exploration into multiple categories simultaneously. In any case, examine the objection in the context of one issue at a time. You may find that clarifying one issue will be all that is needed to resolve their concern.

Example:
Suppose for instance that your friend claims that the resurrection hypothesis is unlikely because another resurrection episode in the gospels appears unbelievable (Matt 27:52). Our first job is to get at exactly what the problem is (C, H, I, P, or S). Let’s review the options:

Comprehension:  The passage doesn’t make sense.
History:  The passage reflects an event that is not historically accurate.
Interpretation: The passage has been misinterpreted from its authorial intent.
Preservation:  The text is either completely fabricated or has been inaccurately transmitted from the original.
Significance:  The passage is irrelevant to anything meaningful in my life.

Where is your friend’s concern? During the conversation, listen for clues as to what trouble he has with the passage trying to identify which of the five questions he’s really asking. Then direct your attention to that area. That he calls the biblical claim of resurrection “unbelievable” may show that he’s having trouble comprehending the concept of resurrection, but you need to ask him to be sure. Maybe he doesn’t believe in miracles (C). Or perhaps he thinks the authors weren’t intending to write history but were speaking metaphorically (I). He might think that this passage was injected into an early manuscript by a creative scribe (P). He might not even think it relates to his life (S). Your friend is the only person who knows so ask him more penetrating questions that zero in on what troubles him about that passage. Don’t assume it.

Greg Koukl refers to this first step as the Columbo Tactic named for the bumbling TV detective who starts his investigation by asking simple clarifying questions. It’s typically phrased in some form of “What do you mean by that?”[9] The answer will tell you where you need to focus.

If it turns out that his hesitation hinges on a false understanding of resurrection, explaining the biblical concept may help him make sense of a concept he didn’t properly understand before. He may not walk away convinced in Christianity as a whole at that point, but at least his question was answered and you’ve done your duty.

My plan is to make this a series of blog posts that go into greater detail by providing the methods experts in each of these areas use.  But first, we'll wrap up the introduction next week and discover how organizing our thoughts this way has been a strategy employed by top Christian apologists.


[1] This summary isn’t a short cut to be relied upon by the fallacious appeal to authority or the majority, but must still be argued for independently. Fortunately, there are good reasons why a consensus of scholars is in agreement on these key issues.
[2] Geisler, Norman and Howe, Thomas. The Big Book of Bible Difficulties (Baker: 2008) or Archer, Gleason. The New International Encyclopedia of Bible Difficulties (Zondervan:  2001).
[3] Historians generally tend to be more accepting of reliability than biblical scholars. This may be due to a difference in methodology or philosophical bias. See Michael Licona’s The Resurrection of Jesus: A New Historiographical Approach.
[4] This small percentage can impact significant doctrine as in LDS and JW. However, those who offer alternative interpretations are themselves in the minority. With rare exception, most experts trained in biblical studies employ a standard approach to hermeneutics.
[5] Variants in places of central Christian doctrine don’t lead to contrary meanings. In fact, the sheer number of copies emboldens the Christian claim that we have an accurate rendering of the original. Dan Wallace calls this an “embarrassment of riches.”
[6] This is evident in countless life changing testimonies by Christians including objective accounts of miracles. Sincere belief in the reality of benefits/consequences from our response to Christian claims directly changes behavior. Most atheists concede that their Christian friends sincerely experience changed lives as they often mention in debates.
[7] I don’t assume all skeptics concede to the truthfulness of the Christian’s claim a priori. Rather, the claim must be defended properly first. However, the point of this methodology is to show the problems that arise even if the skeptic grants an apologetic argument based only on one of the categorys.
[8] This “category” relates more to the importance of the NT documents than their credibility.  But it’s no less important since we can only have productive conversation on this topic with those who care about it.
[9] Koukl, Gregory. Tactics:  A Game Plan for Discussing your Christian Convictions. Zondervan 2009. Grand Rapids, MI. 58-71.
Posted by Dan at Sunday, February 24, 2013

Is this an original work? It seems I have seen it elsewhere on the web.