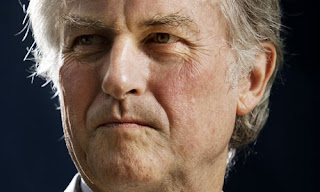 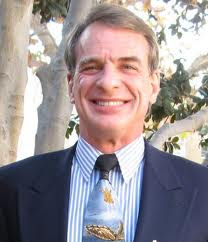 Craig and Dawkins square off on stage later today! Yesterday I received this Facebook note from William Lane Craig. Since he sent this to all his "friends," I'm assuming it's public information. In case you're unaware, a debate between Dawkins and Craig would match up the world's most well known apologists for their respective worldviews: Dawkins for Atheism and Craig for Christianity. It's also worth noting that Dawkins has colorfully dismissed any future debate potential with WLC, which makes this so surprising.

I am currently in Mexico to participate in a conference called Ciudad de
las Ideas, which is a conference modeled on the TED conference in the US.
It features lots of high tech people, sociologists, psychologists, economists,
scientists, etc.

As part of the conference they´re having a panel of six of us debate on the
question ¨Does the Universe Have a Purpose?¨ Well. to my surprise, I just
found out that one of the three persons on the other side is Richard Dawkins!
It´s true! I met him the other night. When he came my way, I stuck out my
hand and introduced myself and said, Ï´m surspised to see that you´re on the
panel.

I said, ¨Well, you´ve always refused to debate me."

His tone suddenly became icy cold. "I don´t consider this to be a debate with
you. The Mexicans invited me to participate, and I accepted.¨ At that, he
turned away.

¨Well, I hope we have a good discussion,¨ I said.

"I very much doubt it,¨ he said and walked off.

So it was a pretty chilly reception! The debate is Saturday morning,
should you think of us. I´ll give an update after I get
back.

The six-man debate panel is set to discuss the question, "Does the Universe have a Purpose?"

The organization's website has lots of videos posted so I'm hoping they will have this one up soon. I'll post it as soon as it becomes available.

Of course, WLC is not facing off against RD. They are both each on a panel.

This is not WLC vs. Hitchens.

I tried to listen. That link it completely unintelligible with the woman talking over the speakers. Hopefully, a new version will be up soon.

Have fun getting elected "Pope" so Richard Dawkins will consider debating you! LOL Sadly the RC Church no longer supports Creation in the biblical sense, but only as an religious sop for the way evolution accomplishes God's purposes.

I find it strange that Dawkins won't do a real one on one with WLC. Perhaps he's aware that his philosophical debate skills are not on par with the "professional debater" Dr. Craig? What a lame excuse...

Or maybe it's because he realizes that debating someone who can only offer "thought experiments" is a complete waste of time. He's a scientist who is only interested in what can be physically tested. All WLC offers is arguments that have tenuous basing in reality. In fact all of his arguments are cleverly disguised arguments from ignorance.

Richard I’m a fan, but this is all so embarrassing.
The faith-heads think we are cowards.
WLC’s arguments are baseless – why doesn’t Richard get up and blow him away?
So what if he has a sick interpretation of certain whack passages in the bible – even the more to get up and shove the embarrassment in his face.
All these “excuses” for not destroying his arguments are getting me down. I’m not interested in name calling; I’m interested in his arguments being destroyed in public debate. Each premise being logically defeated.
Hat’s off to Stephen Law, Chris Hitchens and Sam Harris – come on Richard get some balls.