The "Pray for an Atheist" Campaign 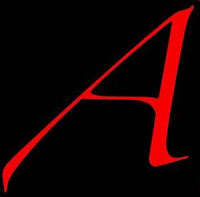 (Wisdom and Folly) by Jim and Amy Spiegel

Several folks, including myself, have launched a Facebook page entitled Pray for an Atheist.  As you may know, April 1 has been celebrated in the past as “National Atheists Day,” and in the first week of April is held the American Atheists National Convention.  So we thought it would be a good idea to encourage Christians to commit to praying for atheists for the entire month of April.  If you would like to get involved, please become a “fan” of the page.

As you’ll see on the page, however, a number of atheists are strongly objecting to the idea that Christians are praying for them.  As one atheist put it, “if you’re going to pray for me and my ilk, that is quite disrespectful.”  And another said, “I personally find it offensive if anybody wants to pray for me.”  There have been many other expressions of disapproval, some profane and vulgar (which have been deleted).

I can’t help but think—as some people have pointed out—that all of this vitriol confirms the thesis of my book.  Atheists simply have no reason to object to our praying for them, especially since, given our worldview, it is an act of love.  After all, if God does exist, then it would be an enormous benefit to atheists if they come to believe this.  Moreover, as a Christian, it would be profoundly hypocritical of me to believe that prayer could be effectual in helping others to find redemption in Christ and yet not pray for unbelievers.

Therefore, I would ask atheists to respect my right to do what I want in the privacy of my own home, as I kneel in prayer on their behalf.
Posted by Aaron at Saturday, March 20, 2010