The Debate Audio is Finally Here! 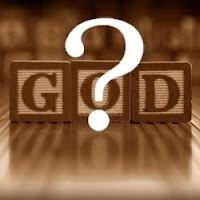 On December 9, 2009, Freethought Alliance hosted a debate at the Costa Mesa Civic Center titled "Does the God of the Bible Exist?" It was a 3-on-3 panel discussion between Christians and atheists.

The Christian side included Dr. Clay Jones from Biola University, Dr. Hugh Ross of Reasons to Believe, and our own Dan Grossenbach from Apologetic Junkie. The atheist panel included Dr. Bruce Flamm from the Inland Empire Atheists and Agnostics group, Mark Smith, and Alex Uzdavines.

Let me warn you in advance about this debate. The debate was quite lively and unconventional, which is why some would prefer to label it a panel discussion (or even a street fight!). The structure of this "debate" made a real debate nearly impossible. Unfortunately rhetoric often prevailed over reason and prevented genuine dialogue from taking place.

In addition, due to the nature of the debate we thought it would be helpful to sit down with Dr. Clay Jones and Dan Grossenbach for a post-debate interview. Be sure to listen to their thoughts and reflections regarding the debate. It takes a lot more time to answer the difficult questions than it does to ask them. Hopefully this interview will answer the questions that time, format, and interruptions did not allow.

We appreciate comments and feedback. Enjoy!
Posted by Aaron at Wednesday, January 20, 2010

There were countless interruptions. No adequate time or respect given for productive questions or answers.

It was a battle between the knot-makers and the knot-untie-ers, with the format clearly in favor of whoever had the best rhetoric one-liners.

OK so Brian (from Apologetics315) said that it was poorly moderated and was full of disrespect and rhetoric. I usually try to avoid debates that turn out to be a mudslinging contest because they just make me angry. Should I listen to this one?

Well, I can't promise you won't get angry listening to this debate. The audio only tells have the story. It was twice as frustrating sitting in the audience.

But we do appreciate your feedback. If you have the time (and the nerve!), listen to the debate audio and post-debate interview and let us know what you think.

Constant interruptions by aethists who have elementary school knowledge of Bible, God and science. Their definition of God is that God is material, he prevents cavities, he waves to you when you look thru telescopes. They dont listen to anything. Statements and their opinions

The atheists just interrupt with junior high level opinions. The have no concept of God and have no interest in learning. They take a two inch thick book and want 30second answers. Like asking someone to explain calculus without having basic math.