On What Date Was Christ Born? 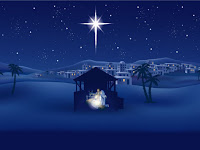 “The traditional date for the birth of Christ from as early as Hippolytus (ca. A.D. 165-235) has been December 25th. In the Eastern Church January 6th was the date for not only Christ’s birth, but also the arrival of the Magi on Christ’s second birthday, His baptism in His twenty-ninth year, and the sign at Cana in His thirtieth year. However Chrysostom (A.D. 345-407) in 386 stated that December 25th is the correct date and hence it became the official date for Christ’s birth in the Eastern Church (January 6th was still considered the day for the manifestations of the coming of the Magi, the baptism, and the sign at Cana.

Although the exact date may not be pinpointed it seems that there is a relatively old tradition of a midwinter birth, therefore a date in December or January is not in itself unlikely.

The one objection raised for the winter date is the fact of the shepherds attending their flock in the night (Luke 2:8). Usually, it is noted, the sheep were taken into enclosures from November until March and were not in the fields at night. However, this is not conclusive evidence against December being the time of Christ’s birth for the following reasons. First, it could have been a mild winter and hence the shepherds would have been outside with their sheep. Second, it is not at all certain that sheep were brought under cover during the winter months. Third, it is true that during the winter months the sheep were brought in the from the wilderness. The Lukan narrative states that the shepherds were around Bethlehem (rather than the wilderness), thus indicating that the nativity was in the winter months. Finally, the Mishnah (Shekalim 7:4) implies that the sheep around Bethlehem were outside all year, and those that were worthy for the Passover offerings were in the fields thirty days before the feast, which would be as early as February, one of the coldest and rainiest months of the year. Therefore, a December date for the nativity is acceptable.

In conclusion, the exact date of the birth of Christ is difficult to know with finality. However, a midwinter date is most likely. It is clear that Christ was born before Herod the Great’s death and after the census. In looking at the birth narratives of Matthew and Luke one would need to conclude that Christ was born of Mary within a year or two of Herod’s death. In looking to some of the other chronological notations in the Gospels, the evidence led to the conclusion that Christ was born in the winter of 5/4 B.C. Although the exact date of Christ’s birth cannot be known, either December of 5 B.C., or January of 4 B.C. is most reasonable.”