Why I Believe In God 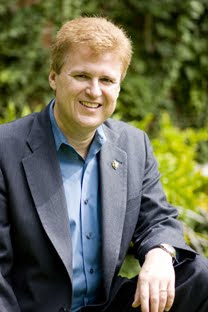 In one comment thread on this blog, someone asked why I believe. Here is a short answer.

It is an odd thing to be called on to defend something you think you know. It is disturbing at first, because it makes you simultaneously wonder about your own mental clarity and that of your questioner. Why would he ask such a question? Isn’t the truth of the matter obvious?

Unfortunately, there are few things we believe that some other person, seemingly rational, cannot doubt. After a bit of reflection, the doubts of others about my beliefs are less disturbing, because it is a chance to exercise wonder. Not surprisingly it is wonderful to wonder and a chance to wonder why I think God exists has proven an excellent opportunity for healthy Socratic doubt leading to a sense of His presence.

I am thankful for the process.

God exists, but what God? I mean the God that is all-powerful, all knowing, the God who is the Creator of the cosmos. By definition if such a God exists, there is only one God, because only one being could logically be omnipotent.

Some of my atheist friends assert that since I don’t believe in many gods, I am just an atheist who has refused to go all the way. After all, having given up on the worship of Zeus why do I cling to the worship of the God of the Bible?

My friends are mistaken, however. I don’t reject Zeus, because he does not exist, but because he is evil. The Zeus revealed to me in Homer is not worthy of worship, because he uses his power for evil. Now my friends who are atheists might immediately reply that the God of the Old Testament also commands or does things that appear evil to us, but this is different. The God of the Old Testament is presented as good and some of His reported actions are difficult to square with that goodness. At the worst a believer need only doubt the report, but the gods of the Greeks are presented as intentionally acting for our harm.

There is no giving Zeus the benefit of the doubt, because he and his worshipers do not ask for it!

Of course, in any case Christians do not deny that Zeus might exist as a spirit, though he clearly does not (at present) physically dwell on the top of Mount Olympus! We do not claim to know every supernatural being that exists and for all I know the supernatural world is very complex place indeed. I have it on good authority that there are more things in heaven and earth than are dreamed of in Richard Dawkins and my philosophy.

So why do I know God exists?

Given the limits of a short essay, I will only be able to point in the direction of my favorite reasons, but there are many books that provide deeper justification and further explication of these reasons. On a popular level favorite books that were helpful to me include J.P. Moreland’s Scaling the Secular City and A.E. Taylor’s Does God Exist? Readers looking for something more difficult would do well to check out the work of Richard Swinburne of Oxford University.

Of course, I don’t believe in God at first because I sat and thought about Him. I believe in God, because I encountered Him. I prayed and had an experience of Him from a very early age. He has answered my prayers and forced me to change my behavior. This every day direct mental experience of His existence is fundamentally why I know God is real.

If I did not have it, I would have little motivation to wonder about Him, but I sought Him and I found Him . . . or better He found me! Of course, despite my apparent sanity (from my own biased point of view!), I might be mad or deceived. God might be an illusion in my head, despite the sense that there is a different mental texture to what His voice is saying.

Once challenged in his beliefs by reasonable questions, only a fool or a saint would be sure that he was not deluding himself. I know I am no saint and I hope not to be a fool, so I had to ask if my experiences were real and if I had correctly interpreted them.

It is important, therefore, that I have every day indirect experience of His existence. The community of believers around me matters. I am not alone in thinking God is real or speaks to people. This does not prove that God exist, but the billions of people over long periods of time who have believed in God does suggest that at the very least I am not the victim of some private delusion!

So I speak to God and He speaks to me and millions of living and otherwise rational human beings share this experience. It is what I would anticipate if God is out there. Why do some people fail to share that experience?

I don’t know, but absence of evidence in a few does not suggest the problem is in those who believe.

Third, there are philosophical arguments that suggest the existence of God is either necessary or reasonable. For example, the existence and nature of the cosmos suggests the existence of a rational God. The universe appears to have order and design and I am not persuaded that merely naturalistic processes can account for this order and design. Whatever the process God used to create, and only the arrogant believe they have this all worked out, the fundamental nature of that creation suggests a plan.

Fourth, morality persuades me that God exists. The long trajectory of human history demonstrates a common morality behind the blind spots of any particular culture. There is a common way that most people in most places and most times have followed. This law suggests a lawgiver.

Fifth, the existence of gratuitous beauty convinces me God exists. When I traveled above the clouds for the first time with my oldest son, he told me that it was beautiful and neither of us was surprised. Wherever we looked, we saw beauty and this was not a beauty that could have been hardwired into us by any natural process. Wherever we look as human even to the furthest reaches of the cosmos beauty is there waiting for us.

Sixth, the world of Ideas points in the direction of the existence of the Mind of God. As a Platonist, I am convinced that numbers and ideas are real. There is a metaphysical world that cannot be reduced to the material. This does not prove God exists, but makes His existence more plausible to me.

Finally, love suggests to me that God is real. As Plato points out in his masterful dialogue Symposium love is surely of something. Humanity possesses a love for the Good, the True, and the Beautiful that demands a proper object. Only God is great enough to be a sufficient end for all the longing in the human heart. It might be that the universe is perverse and has given us this great longing without any means of fulfilling it, but there is no good reason to take this withering view. The sensible, indeed the hopeful response, is to assume that like hunger or thirst this longing too can be find satisfaction in reality.

My friends who don’t believe in God might claim that I believe in God, partly, because I want to do so. This is true. The existence of a good God is such an awesome, exciting, and hopeful idea that I am rooting for it. There is nothing irrational with giving good news the benefit of the doubt, if you don’t sacrifice your mind to do so.

You ask me how I know He lives? He lives within my heart.
Posted by Aaron at Sunday, November 01, 2009