Ten Questions to Ask Your Biology Teacher About Intelligent Design 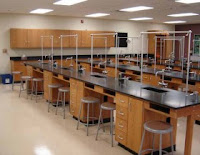 A special thanks to Sean McDowell and Barb Sherrill of Harvest House Publishers for allowing us to re-post this on Apologetic Junkie.

If nature, or some aspect of it, is intelligently designed, how could we tell?

Design inferences in the past were largely informal and intuitive. Usually people knew it when they saw it. Intelligent design, by introducing specified complexity, makes the detection of design rigorous. Something is complex if it is hard to reproduce by chance and specified if it matches an independently given pattern (an example is the faces on Mt. Rushmore). Specified complexity gives a precise criterion for reliably inferring intelligence.


2. Looking for Design in Biology

Should biologists be encouraged to look for signs of intelligence in biological systems? Why or why not?


3. The Rules of Science

Who determines the rules of science? Are these rules written in stone? Is it mandatory that scientific explanations only appeal to matter and energy operating by unbroken natural laws (a principle known as methodological naturalism)?

The rules of science are not written in stone. They have been negotiated over many centuries as science (formerly called “natural philosophy”) has tried to understand the natural world. These rules have changed in the past and they will change in the future. Right now much of the scientific community is bewitched by a view of science called methodological naturalism, which says that science may only offer naturalistic explanations. Science seeks to understand nature. If intelligent causes operate in nature, then methodological naturalism must not be used to rule them out.

How do we account for the complex information-rich patterns in biological systems? What is the source of that information?

Do any structures in the cell resemble machines designed by humans? How do we account for such structures?

The biological world is full of molecular machines that are strikingly similar to humanly made machines. In fact, they are more than similar. Just about every engineering principle that we employ in our own machines gets used at the molecular level, with this exception: the technology inside the cell vastly exceeds human technology. How, then, do biologists explain the origin of such structures? How can a blind material process generate the multiple coordinated changes needed to build a molecular machine? If we see a level of engineering inside the cell that far surpasses our own abilities, it is reasonable to conclude that these molecular machines are actually, and not merely apparently, designed.

What are irreducibly complex systems? Do such systems exist in biology? If so, are those systems evidence for design? If not, why not?

The biological world is full of functioning molecular systems that cannot be simplified without losing the system’s function. Take away parts and the system’s function cannot be recovered. Such systems are called irreducibly complex. How do evolutionary theorists propose to account for such systems? What detailed, testable, step-by-step proposals explain the emergence of irreducibly complex machines such as the flagellum? Given that intelligence is known to design such systems, it is a reasonable inference to conclude that they were designed.

Evolutionary biologists attribute similar biological structures to either common descent or convergence. Structures are said to result from convergence if they evolved independently from distinct lines of organisms. Darwinian explanations of convergence strain credulity because they must account for how trial-and-error tinkering (natural selection acting on random variations) could produce strikingly similar structures in widely different organisms and environments. It’s one thing for evolution to explain similarity by common descent—the same structure is then just carried along in different lineages. It’s another to explain it as the result of blind tinkering that happened to hit on the same structure multiple times. Design proponents attribute such similar structures to common design (just as an engineer may use the same parts in different machines). If human designers frequently reuse successful designs, the designer of nature can surely do the same.

The laws of physics are fine-tuned to allow life to exist. Since designers are capable of fine-tuning a system, can design be considered the best explanation for the universe?

Physicists agree that the constants of nature have a strange thing in common: they seem precisely calibrated for the existence of life. As Frederick Hoyle famously remarked, it appears that someone has “monkeyed” with physics. Naturalistic explanations that attempt to account for this eerie fine-tuning invariably introduce entities for which there is no independent evidence (for example, they invoke multiple worlds with which we have no physical way of interacting). The fine-tuning of the universe strongly suggests that it was intelligently designed.

The Earth seems ideally positioned in our galaxy for complex life to exist and for scientific discovery to advance. Does this privileged status of Earth indicate intelligent design? Why or why not?

Many factors had to come together on earth for human life to exist (chapter 9). We exist in just the right place in just the right type of galaxy at just the right cosmic moment. We orbit the right type of star at the right distance for life. The earth has large surrounding planets to protect us from comets, a moon to direct important life-permitting cycles, and an iron core that protects us from harmful radiation. Moreover, the earth has many features that facilitate scientific discovery, such as a moon that makes possible perfect eclipses. Humans seem ideally situated on the earth to make scientific discoveries. This suggests that a designer designed our place in the world so that we can understand the world’s design. Naturalism, by contrast, leaves it a complete mystery why we should be able to do science and gain insight into the underlying structure of the world.


10. The Origin of the Universe

The universe gives every indication of having a beginning. Since something cannot come from nothing, is it legitimate to conclude that a designer made the universe? If not, why not?