Homosexuality: Know the Truth, Speak it with Compassion Part 1 of 3 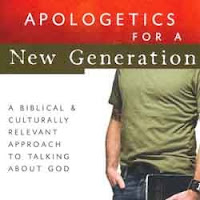 A special thanks to Sean McDowell and Barb Sherrill of Harvest House Publishers for allowing us to re-post this series on Apologetic Junkie.

The following article is written by Alan Shlemon and is from Apologetics for a New Generation, edited by Sean McDowell (Harvest House, 2009), used with permission.


It’s not surprising people think Christians hate homosexuals. They see how we often treat them.

Kyle’s sad story was one I’d heard before. After 25 years of deep immersion in the gay lifestyle, he wanted out. His choice to follow Jesus meant a day-to-day struggle to stay celibate because simply becoming a Christian didn’t change his same-sex desires. With God’s help though, he was winning the battle.

Kyle thought his church would be a safe harbor during the storm. When he “came out” to his pastor and a counselor, though, both told him to never speak of his plight again. His church forced him back into the closet.

Fifteen years of celibacy later, Kyle came out a second time. Surely things have changed, he thought. It must be safe now. After all, everyone has struggles and temptations. This time he hoped his new church would come alongside and pray for him. But he was mistaken. They turned a blind eye to his struggle, discouraged him from serving, and relegated him to attending and tithing.


Back into the ClosetOur formula for gays[i] is predictable: Condemn and convert. Rebuke their behavior, blast them with the Bible, and then try to win them over with a cliché.

Armed with Bible verses for bullets, we’re locked and loaded, ready to fire at the first sign of a homosexual. But there’s no grace in a gunshot. Instead of offering hope and healing, we inflict more injury.

We shouldn’t be surprised when gays go back into the closet after they try to come out in the church. Worse, many go back into the lifestyle, sometimes through a “gay church” that shows them the love, grace, and respect they had hoped to get from us.[iii]Predictably, younger people often perceive Christianity negatively. The Barna Group, a research organization that focuses on religious cultural trends, found that young people think Christians aren’t merely opposed to homosexuality, but show “excessive contempt and unloving attitudes towards gays and lesbians.” Ninety-one percent of young non-Christians and 80% of young church-goers perceive Christianity as “anti-homosexual.”[iv]

More tragically, Barna found that younger Christians complained their church failed to help them apply biblical principles to their friendships with gays. Young people lack arguments and tactics needed to maneuver in conversation and navigate moral dilemmas in a thoughtful, but loving way. Consequently, young people think they must choose between their faith and their friends who are gay. If their friendships mean more to them than their theology, they will choose their friends over their faith every time.

Something is wrong here. Clearly, we need a new approach. Our young people think they’re faced with a difficult moral dilemma. But they don’t have to abandon their gay friends just because homosexuality is wrong. There is a third option, but it’s something that’s rarely taught or modeled in church.


Know the TruthOur new approach incorporates two key elements: truth and compassion. Truth speaks to the content of our message. Compassion addresses the manner in which it’s conveyed. It’s a winning combination based on principles found in 1 Peter 3:15 – defend the truth, yet with gentleness and respect.

Truth starts with a biblical understanding of homosexuality. Although there are six main passages on the subject,[v] for strategic reasons I recommend using Romans 1:26-27 as your primary text. Since it’s in the New Testament, you sidestep the challenge that the Old Testament verses don’t apply to us today.[vi] Romans also addresses both male and female homosexuality and outlines the real problem: rebellion against God and rejection of His created order. This makes it difficult to argue that the behavior condemned in the passage is something other than homosexuality.[vii]

Knowing the biblical truth about homosexuality is important because many people deny that God condemns homosexual behavior. Indeed, they go to great lengths to reinterpret those six passages.[viii]

Although they’re not successful, their claims sound appealing to people who don’t carefully interpret the Bible. If we learn and understand these verses, it’s easy to clear up this distortion.

Religious arguments, however, are often immediately dismissed by non-Christians. So knowing the truth doesn’t mean we learn only biblical arguments. An effective strategy also incorporates secular arguments. This includes appeals to natural law, the common good, and public health.[ix]

If you can base your views on evidence that make sense even to non-religious people, you’ll be able to speak with anyone. Getting them to consider your ideas can be difficult, though. That’s why it’s critical to present our views in a conversational manner. We’re not typically trained to do that. Too often we try to persuade by making statements instead of asking questions. This immediately raises defenses. Suppose you’re discussing whether homosexuality is genetic and say, “Even if being gay is genetic, it doesn’t mean that it’s right.” Your friend replies with, “Sure it does! I can’t deny how I’ve been created.” Now what? Another statement? Their defenses are up, and the conversation grinds to a halt.

Questions, on the other hand, are friendly and more engaging. They invite discussion. Rephrase your statement with a question: “I’m curious to know your thoughts on this. Can you tell me why you think if something is genetic, then it must be right?” This is disarming. It doesn’t provoke the same knee-jerk reaction. Instead, there’s a give and take. People naturally respond to questions and the discussion moves along. Or, you can gently challenge their belief with a question like: “Do you think any behavior is morally appropriate simply because it has a genetic link?” Notice that even though you’re asking a question, you’re still making your point. Just because a behavior has a genetic component, that doesn’t make it right. Making your point with a question sounds friendlier.

Another way to incorporate questions into your conversation is to use the “burden of proof” rule. Applying this rule makes discussions about homosexuality less difficult and more engaging. The burden of proof is simply the responsibility to give proof – credible reasons – in favor of a point of view. The rule is simple: The person who offers an opinion bears the burden to give reasons for it. If they make a claim, it is their job to defend it, not yours to refute it. Too often Christians ignore this rule. Someone says something like, “Christianity is a homophobic religion,” and off we go defending ourselves. This is unnecessary. Why should we do all the work when they made the statement? Since they made the claim, it’s their job to defend it.

Simply ask, “How did you come to that conclusion?” or “What reasons do you have for thinking that’s true?” Then sit back and quietly listen. The question gently shifts the burden back where it belongs – on the person who made the claim. It asks them to give reasons for their view, which is a legitimate request. It also makes our job easier by taking the pressure off us to respond.

Questions allow us to make our points and advance the discussion in disarming ways. When we incorporate questions, our discussions about homosexuality become less intimidating. We can make our points without sounding like we are simply pushing our views on others. And we spend less time in the “hot seat” responding to claims we have no obligation to address.

[iii] By love and grace, I don’t mean agreement with the gay lifestyle. Many people like Kyle don’t even get basic respect.

[iv] “A New Generation Expresses its Skepticism and Frustration with Christianity,” The Barna Update, The Barna Group, September 24, 2007.

[vi] Some pro-gay theology advocates suggest that the Old Testament passages that condemn homosexual behavior do not apply to New Testament Christians. Regardless of the whether this argument is valid, the Romans passage sidesteps this objection.

[vii] The 1 Corinthians and 1 Timothy passages merely name homosexuality as sin. Moreover, the Greek word translated homosexuality is a word coined by Paul and, according to pro-gay theology advocates, does not necessarily mean homosexuality (I disagree with this conclusion, however). Consequently, these New Testament passages are more prone to being reinterpreted as referring to some other sin. That’s why it may save you unnecessary debate by focusing on the Romans passage.

[viii] For a refutation of pro-gay theology, see The Gay Gospel? How Pro-Gay Advocates Misread the Bible by Joe Dallas. Dallas is not only a former gay man, but was also involved in the pro-gay theology movement. His treatment is truthful and compassionate.

[ix] For an introduction in these arguments, I’d recommend Homosexuality and the Politics of Truth by Jeffrey Santinover, Homosexuality and American Public Life by Christopher Wolfe, Marriage on Trial: The Case Against Same-sex Marriage and Parenting by Glenn T. Stanton and Bill Maier, and articles on Stand to Reason’s website www.str.org.
Posted by Aaron at Monday, September 21, 2009