Doing Unto My Political Other: 7 Suggestions for Christians in the Public Square 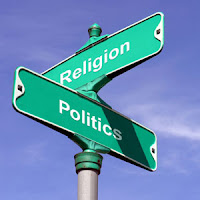 Political talk has had an ugly side, but things are getting worse. Hateful talk is no longer underground, but practiced openly and shamelessly. Mainstream politicians are more willing to tolerate association with fringe rhetoric.

Why is this so?


Is There a Breakdown in Shared Ethics?

It is hard to talk to someone when you have nothing in common.

Some research suggests that Americans share many common values, but this research obscures differences in how we prioritize values when goods come into conflict. For example, most American value personal liberty, but when it comes to health care many Americans place a lower priority on this than on a strong social safety net. Those that make the opposite choice, valuing liberty over services, seem cruel to the other camp.

They agree on the values, but have fundamental differences on how to apply them.

Persistent and pervasive ethical differences can begin to strain the republic’s politics by discouraging compromise. When the gap between our assumptions and our opponents grows too large, our opponents become not just wrong, but perverse or wicked. Nobody hastens to compromise with the immoral!

The results are bad when pressed to an extreme. Some Americans will not even listen to a fair exposition of moral views with which they disagree, even if the majority of the nation believes them.

American Christians should not behave this way. Jesus called us to love our enemies in a nation ruled by cruel Caesars. Any religion that can love Tiberius can surely find room to love Obama or Gingrich.

Living in a republic means making political decisions. From Socrates to Reagan, wise political heads have given good advice on how to conduct oneself in public life. I don’t always live up to their wisdom, but these ideas are worthy goals.

Be slow to speak.

The new media environment lends itself to haste. We size up a candidate or a policy in the blink of an eye and few encourage us to reevaluate the situation. “Blinking” may sometimes be necessary in a crisis, but it is a horrific way to form our general principles and opinions.

One bad reaction to a toxic political environment is to develop mushy and “inoffensive” public opinions, but it is hard to talk to people who will not say what they really think. We should argue hard for our ideas in the public square and see how things turn out.

Arguing forcefully helps minority opinions get a hearing. If we relegate ourselves to safe discourse, the tendency is to repeat what the present cultural power brokers accept with small variations.

Ideas have no feelings, but people do. Hurtful talk about actual people, and the President and Glenn Beck are real people, ought to be merited by their actual behavior. We must weigh harm done to their persons against harm they are doing. While it ought to be legal to call the President the “Antichrist,” nobody should do it without overwhelming proof.

An actual Hitler or Stalin (in the modern context one thinks North Korea’s Dear Leader) is a worthy target for pointed personal barbs, but the local zoning board member rarely is. American politicians are often wrong, but it is hard to think of any that merit comparison to the Taliban or to the present Chinese oligarchs.

Those are real bad guys.

Authenticity is useful, but posturing is not.

Few things are more irritating than reading a piece that seems written to get the writer “good-guy” points with the establishment in his or her own group. This happens on both the left and right and is a temptation for all of us. Instead of saying what we think, we write to curry favor with our betters in hopes of praise or reward.

The United States is not a pure democracy for the very good reason that a majority of the people can be and often are wrong. Democracy killed Socrates and mob rule in France killed liberty during the French Revolution.

Experts are not always right, but they usually are. Christians have always understood that a calling to leadership most often requires intense training and hard work. We are people of the Book and thus long for literate leaders as well. An excellent model was an Englishman whose work helped shape American culture: John Wesley.

The great evangelist and shaper of English culture John Wesley was at home in the pulpits of Oxford and on the streets. He was well educated and could argue well, but also knew how to move men’s hearts. There is no anti-intellectualism to be found in Wesley and he was no blind admirer of popular trends.

The recent trend to worship the whims of the mob, even the Christian mob, smacks more of Robespierre than Wesley.

Just as bad is the posture that feigns intellectual interest, but never really listens to opponents.

President Obama has done a good job talking about finding common ground, but he has sometimes communicated a sneering attitude towards those who persist in disagreeing with him. He is not alone in this attitude as many in the cultural elite confuse their own jargon with knowledge and professional skills with wisdom.

It is easy to confuse the trappings of intellectuals with being an intellectual. Mainstream media often is more interested in someone sounding “smart” than in his or her actual accomplishments. Especially if accent or ethnicity does not fit stereotypes of intellectual achievement the candidate will face a higher barrier to acceptance. Having the “right opinions” also allows for a greater pass from the media in this area. A medical doctor like Tom Coburn is not given the same presumption of intellectual acumen as people with “better” opinions.

Sometimes commentators confuse intellectual achievements with wisdom. University or college education is valuable, but it is not the only way to learn important truths. In particular there is no evidence that most American college education by itself is making us wiser. Wisdom can exist in many different types of people and can be gained from many different kinds of experience.

Be charitable in your assumptions about your opponent.

This last really sums up all the rest. It can be summed up in the wisdom of Jesus Christ that we should do to others what we wish they would do to us. Never was this advice more important for American Christians who are involved in politics.
Posted by Aaron at Wednesday, September 30, 2009