Is Postmodernism A Myth? 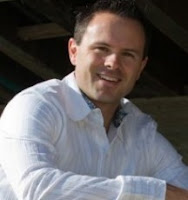 In the early 1990s interest in postmodernism exploded in the church. Books widely appeared as bestsellers and conferences featured seminars about doing ministry in a postmodern world. While people disagreed about exactly what was meant by “postmodernism”—and they still do!—there was considerable agreement that the world was leaving the modern era behind and wading into the unknown waters of the postmodern matrix.

In Postmodern Youth Ministry, for example, Tony Jones argues that postmodernity is the most important culture shift of the past 500 years, upending our theology, philosophy, epistemology (how we know things), and church practice. It is an “earthquake that has changed the landscape of academia and is currently rocking Western culture.” (p. 11). Thus, to be relevant in ministry today, according to Jones and other postmodernists, we must shed our modern tendencies and embrace the postmodern shift.

For the longest time I simply accepted that we inhabit a postmodern world and that we must completely transform our approach to ministry to be effective today. But that all changed when I had the opportunity of hearing philosopher William Lane Craig speak at an apologetics conference not too long ago. “This sort of [postmodern] thinking,” says Craig, “is guilty of a disastrous misdiagnosis of contemporary culture.” (“God is Not Dead Yet,” Christianity Today, July 2008, p. 26). He argues that the idea that we live in a postmodern world is a myth. This may strike you as awfully bold. How can he make such a claim?

For one thing, says Craig, postmodernism is unlivable and contradictory: “Nobody is a postmodernist when it comes to reading the labels on a medicine bottle versus a box of rat poison. If you’ve got a headache, you’d better believe that texts have objective meaning!” (Reasonable Faith, 2008, p. 18) Craig speaks to tens of thousands of (mostly non-Christian) college students around the world every year and his conclusion is that we live in a cultural milieu that is deeply modernist. Reason, logic, and evidence are as important today as ever (although he’s careful not to overstate their importance, too).

But this is not all Craig has to say! In the introduction to Reasonable Faith, Craig provocatively claims, “Indeed, I think that getting people to believe that we live in a postmodern culture is one of the craftiest deceptions that Satan has yet devised” (p. 18). Accordingly, we ought to stop emphasizing argumentation and apologetics and just share our narrative. Craig develops this idea further:

And so Satan deceives us into voluntarily laying aside our best weapons of logic and evidence, thereby ensuring unawares modernism’s triumph over us. If we adopt this suicidal course of action, the consequences for the church in the next generation will be catastrophic. Christianity will be reduced to but another voice in a cacophony of competing voices, each sharing its own narrative and none commending itself as the objective truth about reality, while scientific naturalism shapes our culture’s view of how the world really is (p. 18-19).

In a personal email, Craig relayed to me that he believes postmodernism is largely being propagated in our church by misguided youth pastors. While he meant the comment more to elicit a smile than to be taken as a stab in the back, I can’t help but wonder if he is right.

If our culture were so profoundly postmodernist, why have the “New Atheists,” as Wired magazine dubbed them, been so influential? Popular writers such as Christopher Hitchens, Sam Harris, and Richard Dawkins have recently written bestselling books attacking the scientific, historic, and philosophical credibility of religion in general and Christianity in particular. Their writings have wreaked havoc on many unprepared Christians. If our culture were postmodern their challenges should have fallen on deaf ears.

While studies show that youth are significantly relativistic when it comes to ethics, values, and religion (e.g., Soul Searching, by Christian Smith, Oxford Press, 2005), they are not relativistic about science, mathematics, and technology. When discussing morality and religion, I have heard many young people say things such as say, “That’s just your truth. I have a different truth.” But I have never heard a young person say this about a claim in the realm of science or math. Modernists believe that science is the sole purveyor of truth while religion and ethics belong in the private, subjective sphere. It seems to me that the thinking of young people is more influenced by modernism (and specifically naturalism) than postmodernism.

Nevertheless, there does seem to be some postmodern influences in our culture. There is a latent cynicism about knowing truth, a deep suspicion of authority, and an awareness that bias affects people more profoundly than we would like to admit. But ultimately I think Craig is right—the claim that we live in a postmodern culture has been greatly exaggerated and oversold to (and by) the church
Posted by Aaron at Friday, July 31, 2009