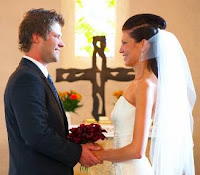 A CBS-New York Times survey shows that support for redefining marriage to include same-gender couples has declined. Jenny Tyree of Focus on the Family Action tells OneNewsNow that, according to The New York Times, the figure dropped slightly -- but she believes nine percentage points is more than slightly.

"I think that this really digs into what Americans really feel about marriage -- that they like that [marriage is] defined between a man and a woman," she contends. "And also it's a bit of a backlash against the five states whose legislative bodies have redefined marriage very recently within the last several months."

Part of the drop may also relate to the continuing battle to defeat California's Proposition 8, she says, in which voters defined marriage as between a man and a woman.

"I think Americans really saw the intolerance that occurred after the Proposition 8 vote back in November," she recalls. "They saw that many who want to redefine marriage were not happy with really what the people decide, and what the people decided in California was to continue to define marriage the way it has been defined."
Posted by Aaron at Monday, June 29, 2009