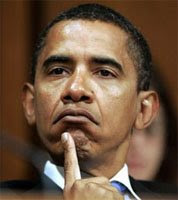 Tiller was gunned down at his church in Witchita Kansas last Sunday. Authorities quickly tracked down and arrested a man believed to be the shooter. 51-year old Scott Roeder of Merriam, Kansas is now facing a first degree murder charge.

Pro-life groups who have long protested the thousands of abortions that Tiller has performed over the years, including late term abortions, were quick to condemn the Tiller murder.

But in its press release on Friday, the Justice Department made it clear that it believes others may have been involved in Tiller's death.

Here is how the press release reads : "The Department of Justice will work tirelessly to determine the full involvement of any and all actors in this horrible crime, and to ensure that anyone who played a role in the offense is prosecuted to the full extent of federal law," said Loretta King, Acting Assistant Attorney General for the Civil Rights Division. "We will conduct a thorough investigation that will complement and build upon the fine work of the Sedgwick County District Attorney and other state and local law enforcement agencies."

The Justice department's announcement also states " The federal probe will consist of a thorough review of the evidence and an assessment of any potential violations of the Freedom of Access to Clinic Entrances Act (FACE Act) or other federal statutes. The FACE Act was enacted by Congress in 1994 to establish federal criminal penalties and civil remedies for violent, obstructionist or damaging conduct affecting reproductive health care providers and recipients."

In the wake of the Tiller murder, the U.S. Attorney General, Eric Holder, ordered the U.S. Marshals Service to "offer protection to appropriate people and facilities around the country." The directive was given in the apparent belief that other violent incidents might take place.

Some conservatives have questioned the extent of the reaction to the Tiller killing by the Justice department. They have pointed to an incident in Little Rock, Arkansas, on Monday of this week when a Muslim convert opened fire at a military recruiting center, killing one young man and wounding another. The conservatives have noted that there was no indication from the Obama administration that it feared there might be similar incidents at other military recruiting facilities or any attempt to link the Muslim man's actions to a possible larger Muslim campaign against U.S. military personnel or facilities.

And while President Barack Obama issued a statement saying he was "shocked and outraged" by the Tiller murder, he has made no public statements about the death of the young recruit in Little Rock.

Personal Reflection: First, the murder of George Tiller was wrong, no doubt. It is impossible to reconcile murder with a "pro-life" position. Even if you believe that abortion takes the life of an innocent human being, and even if you believe that capital punishment is justified in certain circumstances (as I do), to carry out capital punishment is not the role of the individual but rather the role of the state. Pro-life organizations have rightly condemned the shooting of George Tiller.

Second, I am amazed to see how inconsistent pro-abortion choice advocates are in their thinking. This was no better demonstrated then by the President himself. He is "shocked and outraged" by the murder of an abortionist such as George Tiller who was known for his willingness to perform late-term and partial-birth abortions, yet at the same time, he is not "shocked and outraged" by the thousands of abortions that take place in this country everyday (each of which takes an innocent human life) but rather endorses abortion wholeheartedly. Rather then be shocked and outraged, why not just say that Scott Roeder was exercising his right to choose when he shot George Tiller? But that would be wrong of course. You cannot justify the taking of another individual's life simply by labeling the decision to take it "pro-choice." Yet this is exactly what pro-abortion choice advocates such as the President do when it comes to taking the life of the unborn.
Posted by Aaron at Saturday, June 06, 2009