The Contradictions of Our President 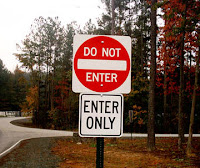 While my first passion (and formal training) is in theology and philosophy, I do love following politics. For balance, I regularly read the HuffingtonPost.com (liberal) Townhall.com (conservative) and watch CNN and Fox News to try and get multiple sides of every issue. For the past couple weeks, I’ve decided to pay even closer attention to the words of President Obama. In doing so, I’m amazed at how many times he directly contradicts himself. Yet what’s more amazing is that the mainstream media doesn’t pick up on these. Consider a few…

President Obama: Can we emphasize your Muslim roots or not? During the presidential campaign you strongly downplayed your Islamic background (strong criticism was leveled at those who included your middle name “Hussein.”) Yet in your recent speech in Cairo you emphasized your background and sympathy for Islam. In fact, you boasted of having “known Islam on three continents.” Which is it? And how far does your sympathy for Islam go? Why did you speak out immediately against the killing of Dr. Tiller, but were very slow in response to the murder at the recruiting office by an American Muslim?

President Obama: Are you a Christian, or not? You have claimed to be a Christian, and I give you the benefit of the doubt (as I would anyone else). Something you said recently, however, raised some concern. In your Cairo speech you said you look forward to the day, “…when Jerusalem is a secure and lasting home for Jews and Christians and Muslims, and a place for all of the children of Abraham to mingle peacefully together as in the story of Isra, when Moses, Jesus, and Mohammed (peace be upon them) joined in prayer." The term “peace be upon them” is used by Muslims to bless deceased holy men. According to Islam, Moses, Jesus, and Mohammed are dead prophets. Yet, of course, to Christians Jesus is the living and immortal Son of God. You may think I am making too big of a deal about this, but remember, you have recently claimed to be deeply versed in Islam.

President Obama: Are you against nations working unilaterally or not? In a recent speech to international leaders you said that no individual nation should work alone—it must work in partnership with other nations. However, you also recently told Israel’s Prime Minister Netanyahu that Israel needs to stop building settlements in the West Bank, as the U.S. would not tolerate such actions. Your Secretary of State, Hillary Clinton, chimed in, calling for a “stop to settlements—not some settlements, not outposts, not natural growth exceptions” from Israel in the West Bank (The Week, June 12, 2009, p. 21). In other words, Clinton is making unique demands that apply solely to Israel. Please clarify, for there seems to be a contradiction. If you are against nations making individual demands, then how can you level unilateral criticism at Israel? Are you reserving special condemnation for Israel that you won’t extend to Muslim nations? Sure, many Islamic nations would support your criticism of Israel, but that was not your justification.

It’s amazing to me that the mainstream media doesn’t pick up on these contradictions (except Sean Hannity picked up on the first one). Why not? The only explanation I can think of is its liberal bias. Check out this link for some recent stats that clearly show the media’s bias towards Obama. If anyone has another explanation, I would love to hear it.

David Letterman recently said that he doesn’t make jokes of Obama because he doesn’t provide any good material. Is he serious? This is hard to believe, especially since Obama claimed there are 57 states and also made derogatory comments about the Special Olympics. The media love for Obama is absolutely astonishing. It was best summed up by Newsweek editor Evan Thomas in an interview on MSNBC: "I mean in a way Obama’s standing above the country, above – above the world, he’s sort of God."
Posted by Aaron at Wednesday, June 17, 2009