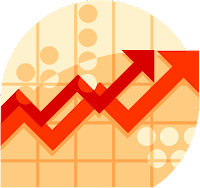 A Gallup Poll now shows 51 percent of Americans describing themselves as pro-life -- and that only 42 percent of those polled consider themselves pro-abortion.

David Osteen of the National Right to Life Committee offers some insight to the findings.

"There's never been a majority in favor of unfettered abortion, if that was the issue," Osteen explains. "So the strategy of the pro-abortion movement from the beginning has been to shift the argument, if they could -- and certainly the rhetoric -- away from abortion itself to choice or some other obfuscation."

That, he sasy, allowed politicians to get away with saying they were against abortion, but in favor of choice. The survey also reflects the job pro-life groups and alternative media have done in educating the public as to what abortion actually does.

What does the Gallup Poll indicate for the future of the pro-life movement?