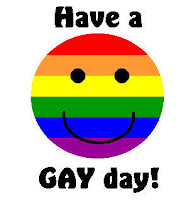 "With their votes, Abel Maldonado and the Democrats are harming innocent children by holding out the homosexual lifestyle as a role model," said Randy Thomasson, president of SaveCalifornia.com, which has been generating citizen phone calls and emails against SB 572. "It's absurd that government schools teach children not to smoke or use drugs, yet would teach children as young as kindergarten that homosexuality is good and healthy and maybe even for them. That's just not true. Homosexual and bisexual behavior causes up to 82 percent of all HIV transmissions in California." (Source: California Department of Public Health, Office of AIDS, HIV/AIDS Surveillance Report March 2009)

Last year, the same bill (then numbered AB 2567) passed the Democrat-controlled Legislature, but was vetoed by Governor Arnold Schwarzenegger. In March of this year, a poll by SurveyUSA found that only 1 out of 5 Californians support making Harvey Milk's birthday a statewide "day of significance."

"If signed into law, SB 572 will mean an official day commemorating homosexuality, bisexuality, and transsexuality in California government schools, without parental permission," said Thomasson. "This will impact children as young as five years old. Every May 22, SB 572 would encourage public schools to positively portray to children any and all facets of homosexuality, bisexuality, and transsexuality, and anything else that's 'in the closet.' Governor Schwarzenegger should say no to this very inappropriate bill, which has nothing to do with academic excellence and which tramples parental rights."

SB 572 comes on the heels of school sexual indoctrination laws signed into law in 2007. When fully implemented, SB 777 and AB 394 will teach children in California government schools to support homosexuality, bisexuality, and transsexuality via instructional materials, programs and activities, and school "safety" guidelines. In addition, the California State School Board in 2008 implemented SB 71, requiring public schools that provide sex education to promote unmarried sexual activity with no restraints other than mutual consent.

"SB 572 instituting an official 'Gay Day' in public schools will further motivate parents to remove their children from the anti-family public school system," said Thomasson. "We're encouraging parents to visit RescueYourChild.org to learn how to rescue their children while they still can. With public schools becoming sexual indoctrination centers, homeschooling and church schools are no longer parental options, they're parental imperatives."

The Legislative Counsel's Digest for SB 572 states, "This bill would provide that the Governor proclaim May 22 of each year as Harvey Milk Day, and would designate that date as having special significance in public schools and educational institutions and would encourage those entities to conduct suitable commemorative exercises on that date."

The text of SB 572 states that "On Harvey Milk Day, exercises remembering the life of Harvey Milk and recognizing his accomplishments as well as the contributions he made to this state" should be conducted; specifically, "all public schools and educational institutions are encouraged to observe...and...conduct suitable commemorative exercises."

Under SB 572, what will children in government schools be taught and how will children's minds be "exercised?" The answer is whatever Harvey Milk believed or is said to have believed:


"This bad bill will teach impressionable schoolchildren the anti-religious, homosexual-bisexual-transsexual agenda of Harvey Milk," said Thomasson. "For the love of God, respect for parents, and defense of impressionable children, Governor Schwarzenegger must veto SB 572 if it reaches his desk."
Posted by Aaron at Friday, May 08, 2009

We Must Take America Back
http://www.youtube.com/watch?v=r0eoE9mi9iw&feature=player_embedded

This was well done - clear and to the point without the emotional hype.

Do you know WHEN the final vote will happen via Arnold S?

The most shocking thing to us is how many Christian parents are totally unaware of this ... and the gender neutral bathroom laws passed earlier.

If you are sending your kids to be rasied by Caesar, you better know what Caesars rules are!

Thanks so much for the comment. As far as I know, the bill is on Arnold's desk as we speak.

You may want to check this link out: