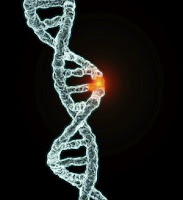 The attempt to prove that homosexuality is determined biologically has been dealt a knockout punch. An American Psychological Association publication includes an admission that there's no homosexual "gene" -- meaning it's not likely that homosexuals are born that way.

For decades, the APA has not considered homosexuality a psychological disorder, while other professionals in the field consider it to be a "gender-identity" problem. But the new statement, which appears in a brochure called "Answers to Your Questions for a Better Understanding of Sexual Orientation & Homosexuality," states the following:

"There is no consensus among scientists about the exact reasons that an individual develops a heterosexual, bisexual, gay or lesbian orientation. Although much research has examined the possible genetic, hormonal, developmental, social, and cultural influences on sexual orientation, no findings have emerged that permit scientists to conclude that sexual orientation is determined by any particular factor or factors. Many think that nature and nurture both play complex roles...."

That contrasts with the APA's statement in 1998: "There is considerable recent evidence to suggest that biology, including genetic or inborn hormonal factors, play a significant role in a person's sexuality."

Peter LaBarbera, who heads Americans for Truth About Homosexuality, believes the more recent statement is an important admission because it undermines a popular theory.

"People need to understand that the 'gay gene' theory has been one of the biggest propaganda boons of the homosexual movement over the last 10 [or] 15 years," he points out. "Studies show that if people think that people are born homosexual they're much less likely to resist the gay agenda."

Matt Barber with Liberty Counsel feels the pronouncement may have something to do with saving face. "Well, I think here the American Psychological Association is finally trying to restore some credibility that they've lost over the years by having become a clearly political organization as opposed to an objective, scientific organization," he states. (Hear audio report)

With the new information from the APA, Barber wonders if the organization will admit that homosexuals who want to change can change.

"It's irrefutable from a medical standpoint that people can leave the homosexual lifestyle," he argues. "Homosexuality is defined by behavior. Untold thousands of people have found freedom from that lifestyle through either reparative therapy or through -- frankly, most effectively -- a relationship with Jesus Christ."

LaBarbera agrees. "Change through Christ is possible -- and it's one of the most heartwarming aspects of the whole gay debate," he shares. "Many men and women have come out of homosexuality, mostly through a relationship with Jesus Christ. The fact that these professional organizations will not study that, will not acknowledge that, shows how 'in the tank' they are for the homosexual movement."

LaBarbera stresses that even though elites will not recognize the change, that does not mean the change does not exist. In fact, both Barber and LaBarbera believe that God changes people through Christ -- regardless of the sin.
Posted by Aaron at Thursday, May 14, 2009