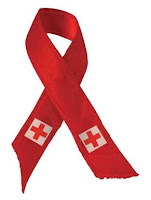 We have to tell people the truth, especially when others won’t. In our May 14 news release we reported that “homosexual and bisexual behavior causes up to 82 percent of all HIV transmissions in California.”

Here’s a closer look at these figures gleaned from the March 2009 AIDS Surveillance Report issued by the Office of AIDS in the California Department of Public Health:

The facts are facts. For the love of people, to protect them from disease and early death, no politician, educator or media outlet should ever advocate the homosexual lifestyle.
Posted by Aaron at Sunday, May 17, 2009