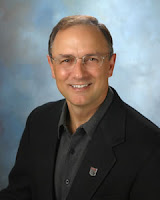 Rhetoric is winning the day.

Lately when I hear public crossfire-type discussions on the issue of same-sex marriage—discussions that have filled the airwaves since the unfortunate incident at the Miss America pageant—traditional marriage wins on the merits, but the other side wins the rhetoric game.

It’s time we stop letting others frame the debate in terms of “tolerance,” “fairness,” “equality,” and “compassion,” in a way that pushes us into defense mode trying to neutralize the loaded language, but never really gaining any ground for our side.

The fact is, decent Americans are the ones being bullied here, citizens who are people of conscience, overflowing with tolerance in the classic sense, but are being pushed around and oppressed because they disagree with the extreme views of the minority. Instead of making the case for traditional marriage, maybe we should also point out what's really going on behind the rhetoric that appeals to fairness and equality.

Let me tell you what’s really going on here.

Good people with honest differences with the Homosexual agenda are being bullied.

First, Americans are incredibly tolerant of homosexuality, especially considering the moral concerns lots of folks have with it. Same-sex couples have been getting married for years in private ceremonies. No one interferes, and no one should.

Americans are happy to give equal rights, and that is done virtually everywhere. However, they do not want their arms twisted into approving something they do not think is good for America or for families. That’s the real issue.

Some of those people do think that, but the vast majority of Americans do not—witnessed by the dozens of state referendums—and should not be forced to act like they do.

Miss California was bullied, and good, tolerant, compassionate Americans are being bullied, too. Decent people around the country do not want that.

Decent Americans who step out of line with political correctness are being punished simply for dissenting.

And they also don’t want to be punished for their views. Miss California was clearly manipulated by a homosexual judge for his own political purposes.

Increasingly, homosexual rights extremists are repressing dissent and oppressing those who disagree with them. More and more often, good people are being punished because they hold a different point of view—punished through name calling, punished through harassment, punished through public humiliation and intimidation (like Miss California after the pageant), punished through lawsuits, and even sometimes punished through the loss of their jobs (after Prop 8 passed in CA, for example).

Same-sex marriage is a strong-arm attempt of a minority to force public approval of homosexuality from a majority who doesn’t approve.

A marriage license does not confer any significant liberties that same-sex couples do not already have. Instead, it is meant to give them what they’ve been demanding for a long time—complete, unqualified, unconditional, and undiminished, social approval.

This is not about equal rights. It’s about public validation and social acceptance. It’s about one group who has a minority view trying to use the law to force their views on other people who don’t agree with them. If people want to celebrate same-sex unions, fine. That’s their business. Let them do that in private ceremonies, even religious ones if they can arrange them. But the government shouldn’t get involved. That basically gives broad cultural affirmation by government decree.

The insistence for same-sex marriage is about a radical attempt to alter the foundational institution of civilization by using government muscle to strong-arm the decent Americans into affirming a lifestyle and set of behaviors they does not, by and large, approve of, but are willing to tolerate as long as it is not forced on them.

The challenges, on balance, are empty and manipulative.

As to the charge, “That’s discrimination!,” I only note that it’s the same discrimination we make against polygamy. The people are not going to endorse polygamy because they think it’s wrong, just as they think same-sex marriage is wrong. Every argument for same-sex marriage is an argument for polygamy—and polyandry (multiple husbands), and polyamory (group marriage), etc. (get creative). If not one, why not the other?