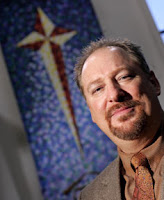 Monday night on CNN's Larry King Live, Pastor Rick Warren apologized for his support of Prop. 8, California's voter-approved marriage protection amendment, saying he has "never been and never will be" an "anti-gay or anti-gay marriage activist."

"During the whole Proposition 8 thing, I never once went to a meeting, never once issued a statement, never -- never once even gave an endorsement in the two years Prop. 8 was going," Warren claimed.

However, just two weeks before the November 4 Prop. 8 vote, Pastor Warren issued a clear endorsement of the marriage amendment while speaking to church members. "We support Proposition 8 -- and if you believe what the Bible says about marriage, you need to support Proposition 8," he said.

The following is a complete transcript of Warren's comments just weeks before the Prop. 8 election:

"The election's coming just in a couple of weeks, and I hope you're praying about your vote. One of the propositions, of course, that I want to mention is Proposition 8, which is the proposition that had to be instituted because the courts threw out the will of the people. And a court of four guys actually voted to change a definition of marriage that has been going for 5,000 years.

"Now here's an interesting thing. There are about two percent of Americans [who] are homosexual or gay/lesbian people. We should not let two percent of the population determine to change a definition of marriage that has been supported by every single culture and every single religion for 5,000 years.

"This is not even just a Christian issue -- it's a humanitarian and human issue that God created marriage for the purpose of family, love, and procreation.

"So I urge you to support Proposition 8, and pass that word on. I'm going to be sending out a note to pastors on what I believe about this. But everybody knows what I believe about it. They heard me at the Civil Forum when I asked both Obama and McCain on their views."

During his CNN interview on Monday, Warren expressed regret for backing Prop. 8. "There were a number of things that were put out. I wrote to all my gay friends -- the leaders that I knew -- and actually apologized to them. That never got out," he admitted.

Additionally, Pastor Warren said he did not want to comment on or criticize the Iowa Supreme Court's decision last week to legalize same-sex "marriage" because it was "not his agenda."

Bryan Fischer with the Idaho Values Alliance says Warren is abdicating his biblical role as a pastor. "For Pastor Warren to say that shoring up marriage is not something that's on his agenda is just something that's hard to believe for somebody who believes the Bible is our rule for faith and practice," Fischer notes.

Dr. Jim Garlow, the senior pastor of Skyline Wesleyan Church in the San Diego suburb of La Mesa, helped spearhead the Prop. 8 effort in California. Garlow admits he is confused and troubled by Pastor Warren's decision to apologize for supporting Prop. 8.

"Historically when institutions and individuals back away from convictional biblical truth, it is driven primarily by one single factor -- and that is the respectability of other people. In other words, much more caring about what other people think about them than what God thinks about them," he concludes.

Pastor Warren did not respond to a request from OneNewsNow for an interview.
Posted by Aaron at Wednesday, April 08, 2009

I guess it was only a matter of time. I think I saw this coming with Rick Warren.