Infanticide Alive and Well in America 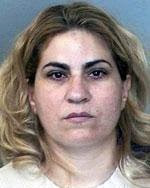 A Florida woman is suing an abortion business for forcing her to witness the "murder" of her daughter, who allegedly was "swept" into a biohazard bag to "suffocate and bleed to death."

WND reported previously on the 2006 case in Hialeah, Fla., which was sparked by an anonymous tipster who notified police of the death. The tipster later called back to prompt a police search that led to the discovery of the baby's body in the biohazard bag in a cardboard box in a closet.

The action was filed by attorneys working with the Thomas More Society and names as defendants the Miramar Woman Center, A GYN of Hialeah, Belkis Gonzalez, Siomara Senises, Frantz Bazile and others allegedly involved in the death of the baby, named Shanice Denise Osbourne.

The case is being brought on behalf of the mother, Sycloria Williams. Tom Brejcha, chief of the law society, said the goal is to establish that there was a wrongful death.

The claim was filed by prominent Miami personal injury attorney Tom Pennekamp, who was retained by the law society for the case.

The case alleges Shanice was born alive, then murdered "by defendant, abortion clinic owner, Belkis Gonzalez." The other defendants are cited for "unlicensed and unauthorized medical practice, botched abortions, evasive tactics, false medical records and the killing, hiding and disposing of the baby."

Should the case result in a determination there was a live birth and homicide, it could have national implications because of the issue of care that abortionists are required to provide to babies who survive abortions. While he was a state lawmaker, President Obama opposed such rules, arguing they imposed too great a burden on the abortionist.

As a direct and proximate result of the negligent conduct of the Defendants, Plantiff Sycloria witnessed the live birth and suffering of her daughter as she struggled for life in pain, moving and breathing on the recliner. She witnessed Belkis Gonzalez enter the room and knock the live baby from the recliner seat where she had given birth to the floor. She then witnessed the murder of her daughter by Belkis Gonzalez before her eyes, as Belkis Gonzalez picked up a large pair of orange shears and cut the umbilical cord connecting mother and daughter. Belkis Gonzalez did not clamp the baby's umbilical cord allowing the baby to bleed out and also threw or by some accounts literally swept the breathing live child into a biohazard bag to suffocate and bleed to death. There are reports that Belkis Gonzalez also placed a caustic chemical in the bag with the live baby.

The case explains Shanice's mother learned she was pregnant in July 2006 and decided to have an abortion. She went to the Miramar Woman Center and was referred to abortionist Pierre Jean-Jacque Renelique.

The mother, Sycloria Williams, went to the Hialeah clinic July 20, but Renelique wasn't there. In fact, the case explains, there was no one with a medical license at the business.

Even so, the clinic's receptionist gave Williams the drug Cytotec, which induces labor. She waited for five hours before giving birth to a live baby girl, the case explained.

"The baby writhed and gasped for air, still connected to Williams by the umbilical cord. Immobilized by shock, Williams watched Gonzalez run into the room, cut the umbilical cord with a pair of orange-handled shears, stuff the baby and afterbirth into a red biohazard bag and throw the bag into a garbage can," the lawsuit explains.

Someone with inside information about the clinic called police about the death. When officers responded, they found medical records but not the baby's remains. Then six days later, another anonymous call said officers could find the baby's body on the business roof, but they didn't. Following a third call to police, the decomposing body was found in a cardboard box in a clinic closet. DNA confirmed it was the body of Williams' daughter.

The county medical examiner confirmed the baby had been breathing after birth and before death but blamed the death on "extreme prematury."

The Thomas More Society took an interest in the case when a local law school professor was quoted in the Miami Herald to the effect that if the baby wasn't "viable," then it "couldn't be a case of homicide."

"That opinion is dead wrong," said Brejcha. "A disabled or dying patient may not be 'viable' in the sense of being able to live very long or without help, but if you kill them, it's murder. This was a case of infanticide, and we're not going to let it go ignored or unpunished."

A pathologist retained by the law firm established "the acts and omissions of the abortionist and clinic staff were causative factors in Shanice's untimely death." The lawsuit said the clinic staff members refused to call 911 for help nor did they "seek any medical or neonatal assistance of any kind."

Further, the abortion businesses falsified records, the lawsuit contends, stating that Williams left shortly after noon, even though there were blood pressure and other medical readings in her records after that time.

Technically, the death has been "under investigation" by prosecutors for more than two years, without charges being filed.

"This case will trumpet to the world that abortion clinics are places of barbarism where mothers as well as their babies are at serious risk," said Brejcha. "Moreover, this case should put some sharp teeth into the Born Alive Infant Protection Act. As we struggle to end the scourge of legal abortion in this country, we must hold the line against infanticide!"

WND columnist Jill Stanek said the baby's brief life and her death "demonstrate the need for the Born Alive Infants Protection Act. While it was legal to kill Shanice pre-birth, it was "wrongful death" to do so after, even if she wasn't viable.

"This is exactly the age baby Barack Obama as state senator fought against giving legal personhood status," she wrote.
Posted by Aaron at Saturday, February 07, 2009

If this baby's killer isn't brought to justice, the people of south Florida need to hold their leaders accountable. If the baby wasn't viable, sure, she probably would have died anyway. But it's a human being and placing her in a plastic bag on the roof is not how we treat sick people. That was an act of intentional killing of a human being. Besides, even if the state denies prosecution for some perverse reason, the US Attorney in Miami can charge the suspects for violating the Born Alive Infants Protection Act of 2002 which codifies in federal law the personhood to a baby born alive regardless of the circumstances. This illustrates the absurdity of abortion. The difference between "healthcare" and murder are seconds and inches apart for the same event and intentionality.