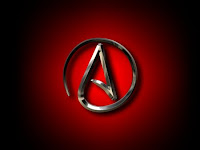 A précis based on the book Persuasions by Douglas Wilson

What this Book is About:

Persuasions – A Dream of Reason Meeting Unbelief, by Douglas Wilson, is a story of a man named Evangelist who is journeying on a road towards the City. In his travels Evangelist encounters various people who are walking in the opposite direction towards the Abyss. Conversations ensue and Evangelist attempts to persuade these individuals to change their direction of travel. He uses reason and a Socratic style of questioning to expose the inconsistencies in their false thinking and answer common objections. In the end this story is a picture of our journey through life and our call to be thoroughly equipped ambassadors for Jesus Christ. Like Evangelist we have a responsibility to warn those who are heading away from the City of God and we must always be ready to give an answer for the hope that is within us.

In chapter six of Persuasions, Evangelist meets a man named Mark who identifies himself as both a scientist and an atheist. A conversation follows in which Evangelist argues that the existence of reason only makes sense within a theistic worldview.

As Mark walks down the road toward the Abyss, he is approached by Evangelist who gives him a piece of paper which speaks about God. Mark brushes aside the tract and disregards any talk of God because he says he does not believe in fairy tales. Evangelist responds "If you object to 'fairy tales,' then why do you borrow from them?" (Wilson, 43). Mark explains that as a scientist he believes in the theory of evolution and that everything we see is the result of time, chance, and matter. He is a materialist who believes nothing exists apart from this process. Evangelist then asks "Why do you believe in the validity of reason? How can time and chance, acting on matter, produce reason?" (Wilson, 44).

Evangelist continues and explains that a chemical reaction observed in a laboratory is neither true nor false. It just is. And if our beliefs are also simply a product of time, chance, and matter, then neither can they be characterized as true or false. They just are. On Mark's view, our beliefs are nothing more than chemical reactions within our head. But if this is true then it makes no sense to characterize some beliefs as true and some as false. Evangelist has exposed the inconsistency in Mark's worldview. He wishes to object to belief in the existence of God because he thinks it to be false and yet his worldview does not permit the existence of true and false beliefs.

The point Evangelist is making is that the existence of reason only makes sense within a theistic worldview. In order for atheists to argue their case that evolution is true and that God does not exist they have to believe that there are actually good reasons for believing these things. But appealing to reason implies that something exists apart from the material universe and assumes that we can get beyond our pre-determined beliefs to establish what is true, that is, what corresponds to reality. The existence of reason and the ability to discover true beliefs only makes sense if God exists. Hence, Evangelist states, "My question is why the proponents of evolution borrow reason from theism to argue their case" (Wilson, 44).

So it is not the case that the existence of God depends on reason but rather the existence of reason depends on God. Evangelist states, "Reason flows out of His nature" (Wilson, 45). Mark now finds himself in a dilemma. He used to reject the existence of God because he thought he had good reason. Now he realizes that the existence of reason actually presupposes that which he is trying to argue against. Mark can no longer give reasons for his atheism because in order to do so he must borrow from theism. His worldview prevents him from using rationale so that his "atheism must rest on an unsupported presupposition, not on any claim to reason" (Wilson, 45). Evangelist concludes that "The only thing standing between you and God is your unwillingness to have anything to do with Him" (Wilson, 45).

Before the conversation ends, Evangelist encourages Mark to ponder one last thing. If Mark cannot give any reasons for his decision to rebel against God then the source of rebellion must come from somewhere else. Evangelist encourages Mark to investigate the area of morality. Perhaps the reason Mark rejects God is because Mark does not want to live the way God has instructed him to. If this is true then it is not the case that Mark has intellectual problems with the existence of God but rather a problem of volition. Ignoring this observation, Mark continues down the road toward the Abyss despite his not having any reason to do so.
Posted by Aaron at Friday, October 02, 2009